The world's biggest junior hockey tournament is cancelled for the second consecutive year. 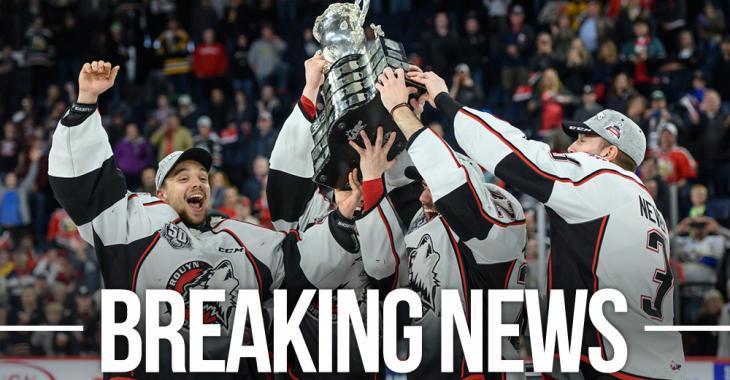 The Canadian Hockey League (CHL), the umbrella organization that represents the WHL, OHL and QMJHL, has announced the cancellation of the 2021 Memorial Cup, making this the second consecutive year that the trophy will go unclaimed.

"The CHL is committed to the health and safety of our players, their families and billets, our teams, staff and officials, and the communities in which we play. That has driven all of our difficult decisions for the last year as we have dealt with this global pandemic," said CHL president Dan MacKenzie in a press release.

"The decision was made based on the limitations on travel, border restrictions and quarantining requirements that would make it impossible to produce league champions."

The league had initially been targeting June for a potential Memorial Cup tournament to be held in either Oshawa, Ont. or Sault St. Marie, Ontario but complications in each of the leagues has made that impossible.

Here's hoping that the junior hockey world has a better run of things in 2021-22.

The full statement from the CHL:

Top 5 biggest names that might get traded this offseason.

McDavid, Crosby and Ovechkin combine to set a new NHL record.
Subscibe to
Our NEWSLETTER
Receive the best articles of the web directly in your email