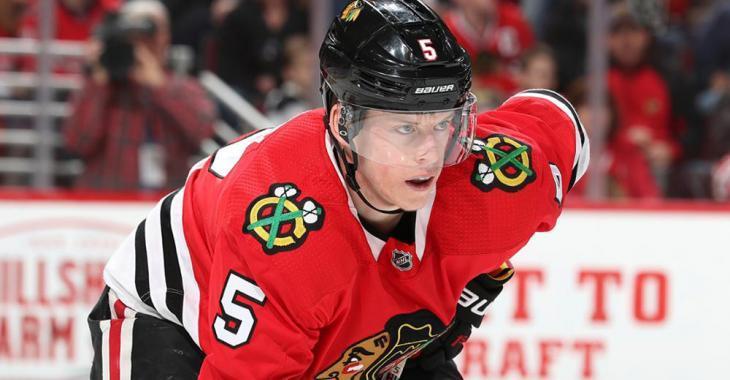 Chicago Blackhawks GM Stan Bowman has taken care of another important matter of business for his team's offseason, re-signing defenseman Connor Murphy to a four-year deal with a reported AAV of $4.4 million:

He could have become an unrestricted free-agent this summer, as he's entering the final season of the six year, $23.1 million deal he signed with the Arizona Coyotes in July of 2016.

"When we acquired Connor in the summer of 2017, we had visions of him growing as both a player and leader in our organization for many years," explained Bowman after the deal was made official. "He has transformed into a defenseman capable of matching up with the opponent's best players and someone we trust to help us preserve a lead in the final minutes. Connor's voice carries weight in our locker room as a veteran presence and we're thrilled that his development and leadership will continue as a Blackhawk."

He's appeared in 494 career NHL games with the Blackhawks and Coyotes, whom he was drafted 20th overall in 2011, scoring 28 goals with 82 assists. He was acquired by Chicago alongside Laurent Dauphin in the deal that saw multi-Stanley Cup winning defenseman Niklas Hjalmarsson head to the desert on June 23, 2017.

Oddsmakers have new favourite to win the 2022 Stanley Cup!
Subscibe to
Our NEWSLETTER
Receive the best articles of the web directly in your email