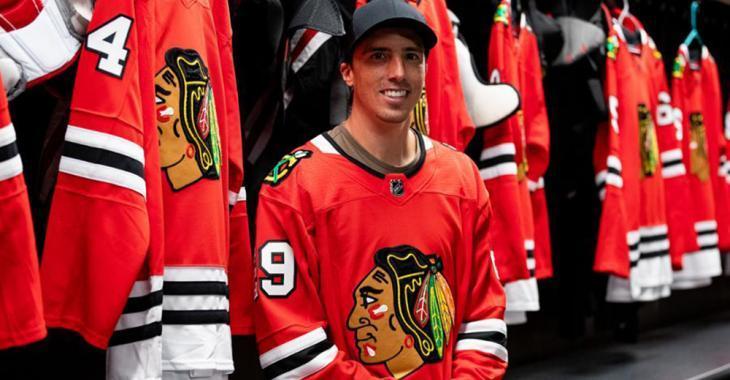 The Chicago Blackhawks have themselves a new figure in the crease, and he arrives in the city with a rather extensive and acclaimed background.

Of course, if you haven't heard by now, the Vegas Golden Knights made the decision to alienate plenty of their fans earlier this offseason by trading the face of their franchise in Marc-Andre Fleury to the Blackhawks after having promised him that he would retire a member of the NHL's 31st franchise. But despite his winning the Vezina Trophy as the NHL's top goaltender for the 2020-21 NHL Season, he was unceremoniously jettisoned out of town. And on top of everything else, he reportedly discovered the news of the shocking trade not with the courtesy of a phone call from team management, but from social media.

There were reports that Fleury was going to take some time to discuss the move with his family, and apparently even entertain the idea of calling it a career. But instead, Fleury has decided to continue to be a good sport and will officially be donning the Blackhawks sweater for the 2021-22 NHL season.

“Hey Chicago. It's Marc, just want to let you know I'm in. Let's get to work,” a smiling Fleury said, standing in front of a small jet, in a video posted by the Blackhawks on their Twitter account last month.

But already, the Blackhawks have committed a major faux pas against their new starting goaltender. The team posted a photo to their official twitter account with the new jersey names of all of the additions to the team, including Seth Jones, Jake McCabe, Jujhar Khaira, and Tyler Johnson.

However, fans were quick to notice the jersey of Fleury didn't look quite right, as his name was spelled wrong.

The team quickly deleted the tweet, but the damage was done.