NHL News : Chase Stillman is continuing the family business in the NHL

The younger Stillman is following in the family business that made his father a 2-time Cup winner. 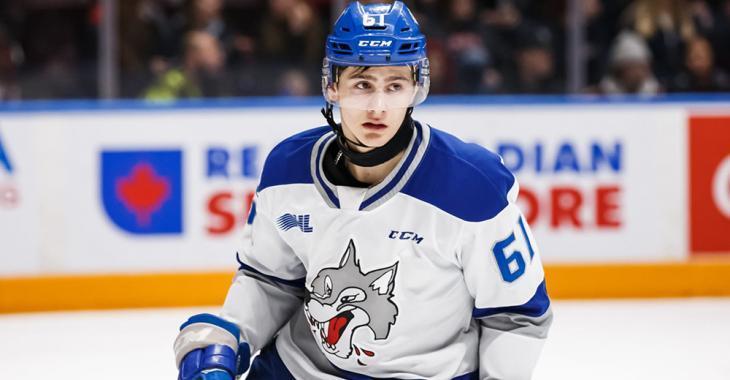 He's following in the family business.

Right-wing forward Chase Stillman has hockey in his blood, and has a rather notable figure to look up to and model his game after. Of course, that would be none other than his father, Cory Stillman. The elder Stillman enjoyed a productive National Hockey League career, appearing in over 1,000 games and winning the Stanley Cup two consecutive seasons in a row with the Tampa Bay Lightning and Carolina Hurricanes.

And from a young age, he realized the uniqueness of the family trade.

"For me, as a kid, I thought everybody's dad played in the NHL," Stillman told the Speak of the Devils podcast. "Looking back on it now, I think it reflected on me as a person. I'm super grateful that my dad was able to do that and wanted to have me around and bring me to the dressing room. It was a super great experience."

The younger Stillman is now officially a member of the NHL, having inked a three-year entry level contract with the New Jersey Devils, whom he was selected by in the first round (29th overall) of this past summer's NHL Draft.

"For New Jersey to pounce on me at 29 is everything I could ask for," he said. "I'm really looking forward to getting started here."

And you can bet that Stillman was elated when he heard his name called by the Devils.

"When I heard 'From the Sudbury Wolves' I knew it right then and there that it was going to be me," Chase explained. "I was just overwhelmed with excitement."

Rumor: Taylor Hall will make a trade easy for the Buffalo Sabres.

Gaudette responds to accusation he caused the COVID outbreak in Canucks' locker room.
Subscibe to
Our NEWSLETTER
Receive the best articles of the web directly in your email