The former B's captain earns himself a nice pay day. 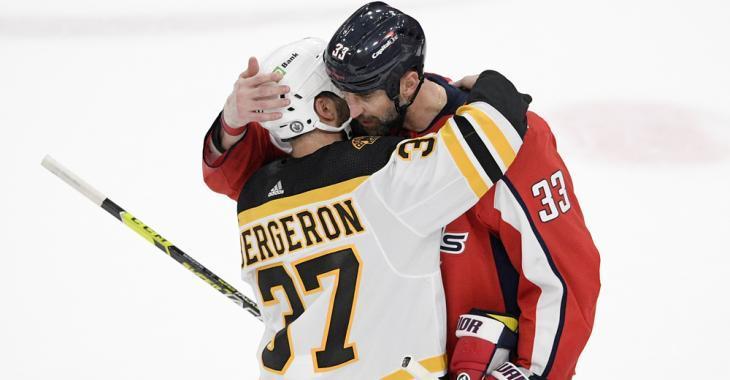 In case you missed it last night, the Washington Capitals had their post-season ended in Game 5 of their opening round Stanley Cup Playoff, dropping a 3-1 decision to the Boston Bruins.

For former Bruins captain Zdeno Chara, now of the Caps, it was a bittersweet loss. While his season is over, he at least gets to see his former teammates ascend to the second round and get another step closer to another Stanley Cup championship. You couldn't help but see the emotion all over Chara's face during the post-game handshake.

A lot of respect from the Bruins to their former captain, as you might have expected. No matter what jersey you're wearing, you show respect for guys like Big Z. He's a living legend, no doubt about it.

With his season now complete, Chara cashes a pretty large bonus check from the Capitals, two in fact. Chara had already cashed a $230,000 bonus check for playing more than 50% of the team's regular season games and now he's in line to cash a $250,000 bonus for helping the team reach the Stanley Cup Playoffs. As a result the Capitals will carry at least $480,000 in bonus overage charges for next season.

Still, you have to think that Chara was worth it. Together with his salary and his bonuses, he'll have cost the Capitals just north of $1.5 million for 55 regular season games and five post-season games. He put up two goals and 10 points in those games, but Chara was never really brought in to pile up points for the Capitals. He was brought in to bring a steadying influence to the team's blue line and it's safe to say that he delivered value in that regard.

You can't help but wonder though, what's next for the 44 year old Chara? It's clear that he can still contribute in a limited role, but will teams have interest? The NHL is getting younger and faster by the season and Chara has never been fleet of foot, even in his prime. At 44 years old he has clearly lost a step, but because his reach is roughly the entire defensive zone, he's been able to mitigate his lack of foot speed. This should be an interesting offseason with respect to Chara. Stay tuned.

Scott Sabourin suspended for AHL rampage.
Subscibe to
Our NEWSLETTER
Receive the best articles of the web directly in your email