NHL News : Carey Price may be exposed in the expansion draft.

A shocking rumor bubbles to the surface on Saturday night. 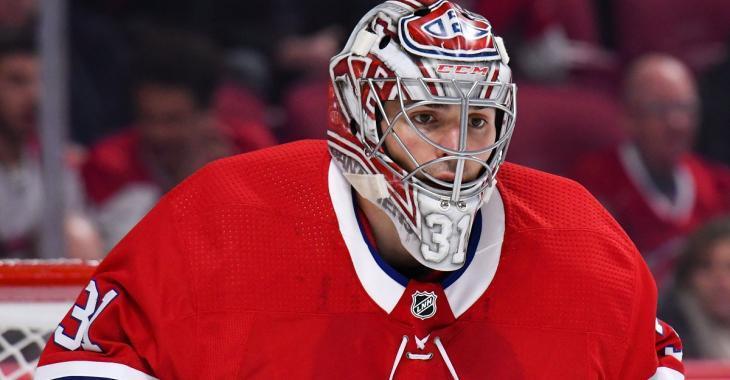 I've got one of the most stunning rumors I've heard in a long time to bring you, and honestly despite the source of the information I find this one almost too shocking to believe.

According to National Hockey League insider Frank Seravalli, the Montreal Canadiens have discussed the idea of star goaltender Carey Price waiving his no movement clause in order to allow him to become exposed in the upcoming expansion draft. Should the Canadiens move forward with this plan and should the Kraken select Price in their expansion draft, the Canadiens would lose the man that is almost inarguably their franchise player for absolutely nothing. While it may sound like complete and total madness, Seravalli claims the conversations have taken place over the last 24 hours.

We won't know whether or not Price has been protected until the lists are officially revealed on Sunday morning, but this would truly be a shocking move on the part of Canadiens general manager Marc Bergevin and the Canadiens organization if they go forward with it.

It may seem far fetched at first glance but I could see a world in which both Price and the Canadiens would see the value in such a move. Carey Price is from British Columbia and playing for the Seattle Kraken would put him much closer to home than he is currently with the Montreal Canadiens. Not to mention with so much uncertainty surrounding the Canadiens roster, especially surrounding the health of captain Shea Weber, Price could see value in becoming the face of a brand new NHL franchise.

As for the Canadiens, the reality is that Carey Price's contract isn't going away any time soon and if they feel they are a few years away from another deep run in the playoffs then perhaps shedding Price's cap hit of $10.5 million over the next 5 seasons becomes an attractive option. Price had a terrific run of form in the playoffs, especially prior to the Stanley Cup Final, but whether or not he maintains that level of form over the next 5 years remains to be seen.

I wouldn't even consider a move like this unless I was 100% confident in my plan moving forward.