The NHL and the NHLPA release a joint statement. 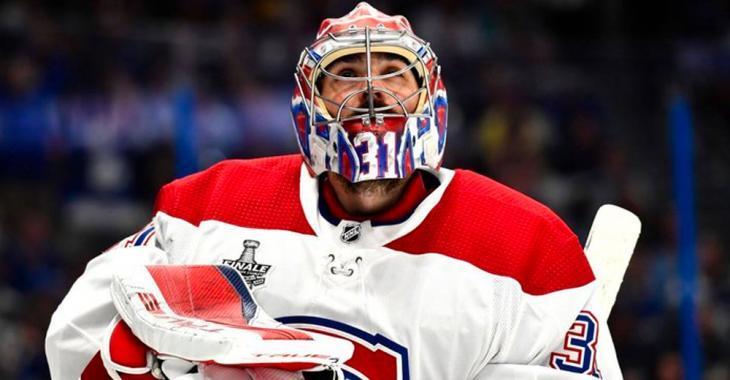 This just in, Montreal Canadiens goaltender Carey Price has taken a leave of absence from the team while voluntarily taking part in the league's player assistance program.

Until more information becomes available, all we can do is speculate on the reasons as to why Price is taking part in the program.

It's no secret that the veteran goaltender has battled injuries and inconsistent play the past few seasons and I don't think it's a stretch to say that those things can take their toll mentally and, obviously, physically. Whatever the situation is with Price, we wish him the absolute best and hope that he can get himself back in the right frame of mind to perform at the highest level again.

While he may not be at the same level he was in in 2015 when he won the Hart Trophy as the NHL's best player, he's still one of the best goaltenders in the world and, as a goaltender myself, he's an absolute treat to watch. He's easily the most fluid and technically sound goaltender that we've seen in the game since Patrick Roy and he has a swagger about him that we frankly haven't seen since Roy's heyday either. His statistics have slipped the past few seasons, again mostly due to injury, but he still managed to put the Habs on his back this past post-season and drag them to a Stanley Cup Final that frankly they had no business being in without him.

It would be a damn shame if this is how this legend's NHL career were to end, so we're pulling for you Carey. Get well, brother.