NHL News : Carey Price dealing with 2 injuries, may not be ready to start the season.

Habs may not have their goalie to start next season. 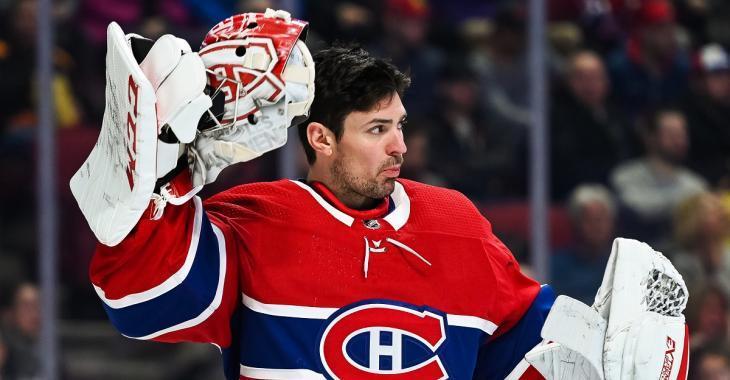 The Montreal Canadiens may have to start the 2021 - 2022 National Hockey League regular season without their franchise player in the lineup do what is now believed to be two separate injuries, both of which are presumed to be relatively serious in nature.

The first report of a serious injury broke on Sunday night when NHL insider Frank Seravalli revealed that Canadiens' superstar goaltender Carey Price was scheduled to see a specialist some time next week in the United States of America. The insider reports that the injury is believed to be serious enough that surgery is currently being considered as an option, and if that is indeed the path that Price and the Canadiens choose to travel it is very unlikely that their star netminder would be ready in time before the end of the calendar year.

A single hip injury would be bad enough, but there are now indications that Price is dealing with a second injury and there seems to be some confusion over which of the two is of greater concern. Following the report from Seravalli, NHL insider Pierre LeBrun chimed in to reveal that Price is also currently dealing with a knee injury at this time and added that Price will also see a specialist some time next week in regards to the knee injury as well.

LeBrun however disputes the fact that Price is considering going under the knife as a result of a hip injury, although he does acknowledge the existence of the injury itself, and instead argues that his sources have indicated the knee is the injury that could lead to offseason surgery for Price. Either way this is a pretty serious scenario for the Canadiens and it seems that surgery, either for an injured knee or an injured hip, is definitely on the table here.

The one silver lining here for the Canadiens is that this news will significantly muddy the waters for the Seattle Kraken who have reportedly been contemplating the possibility of picking up Price via the mechanism of the expansion draft. At a cap hit of $10.5 million for 5 more years Price is already a significant gamble, with the addition of surgery and uncertainty about his availability during the length of that contract it becomes an even bigger gamble for the Kraken if they choose to select him.

Mike Babcock gets humiliated on TSN!