And now it might prevent him from playing ever again… This is just heartbreaking. 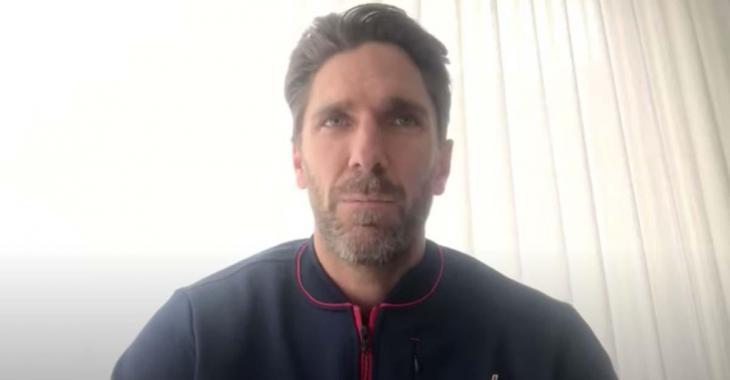 It was a shock to the Washington Capitals and all hockey fans out there when veteran goalie Henrik Lundqvist announced that he would miss the entire 2020-21 season due to a heart issue that will could prevent from playing potentially ever again.

Fans finally got to know more about The King’s condition on Wednesday when Capitals general manager Brian MacLellan revealed that Lundqvist knew about his heart condition and had been managing for most his career. However, a routine physical convinced medical experts that it was unsafe for the former New York Rangers franchise goalie to play.

“He’s had a heart issue all along that he’s managed and it’s been fine,” MacLellan told reporters per the New York Post. “We anticipated it would be the same as what it’s been for most of his career, all of his career. A routine physical that was an early physical turned into, ‘Well, we need to explore further what’s going on with you.’

“Following along, our trainer, Jason Serbus, did an unbelievable job. Our doctors, the cardiologists, the specialists, it kept getting deeper and deeper. As we went that far, Henrik got a lot more knowledge of what his situation is and where it’s going and what his risk levels are.”

Lundqvist knew all along about his heart issues, but managed to put together an amazing career. He did announce that he would forego the 2020-21 season, though he did not mention anything about retirement. However, we all know it could be in the cards for the 38-year-old player.

“It’s unfortunate,” added MacLellan. “I think it was emotional for him and his family. I think we’re grateful, everybody’s grateful that he went down that road, that our medical staffs, that our trainer pushed him down that road and explored it more. I think the result is good that he’s very aware of where his health is at. Everybody’s a little disappointed that we couldn’t see what we could’ve done with him in the lineup.”

Lundqvist has won 459 career games, sixth-most in NHL history, and was hoping to get more under his belt. Now, we have no clue if we saw him play last for the Rangers, who bought him out in October. The Capitals didn’t waste time to sign the veteran netminder to a one-year, $1.5 million deal to be Ilya Samsonov’s backup. But now he is home, resting and focusing on his health.

Canucks debacle may have a major impact on the playoffs.
Subscibe to
Our NEWSLETTER
Receive the best articles of the web directly in your email