NHL News : Capitals provide an update on Ovechkin after he is absent from practice.

Ovechkin out with an injury. 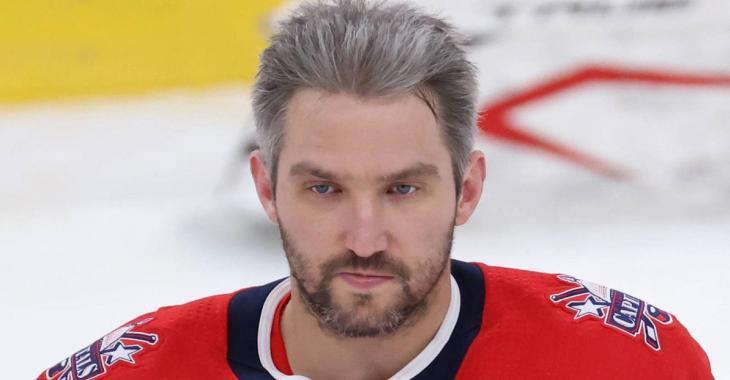 The Washington Capitals have lost their top star just prior to the start of the regular season and the real question now is how long will he be away for?

On Sunday morning Capitals captain Alex Ovechkin was notably absent from practice and, given the circumstances of what transpired just two nights ago, that quickly led to a number of questions from reporters who were eager for an update on the status of the team's most high profile player.

The Capitals did confirm that Ovechkin is indeed injured today when they listed him as day to day with a lower body injury, something that definitely fits with what we saw during the preseason game against the Philadelphia Flyers that left him injured.

It seems very much like it was actually Ovechkin that caused the injury to himself when a failed attempt at a hit on his part left him far more shaken up than his opponent. Ovechkin attempted to deliver the hit to the back of Flyers forward Travis Konecny, but when he delivered the blow it appeared to be Ovechkin's knee or leg that took the brunt of the impact. Konecny was hunched over somewhat awkwardly at the time that Ovechkin tried to deliver the hit, and it is likely for that reason that Ovechkin's leg made contact with Konecny first.

Following the hit you could tell immediately that The Great 8 was in some discomfort, with Ovechkin going right down to the ice after the impact and visibly wincing in pain. To his credit the Capitals captain tried to quickly play it off, but it was not long before it was obvious that something was not quite right with Ovechkin. The Russian superstar had to hobble his way back to the bench, seemingly limping off the ice, before heading back to the Capitals locker room from which he would not return.

Here's a look at a short replay of the hit itself:

It now seems like there may be a realistic shot that Ovechkin could miss the start of the regular season, with the Capitals set to kick off their season this Wednesday when they will face off against the New York Rangers.