Ovi out and Backstrom out... can this team still be a contender? 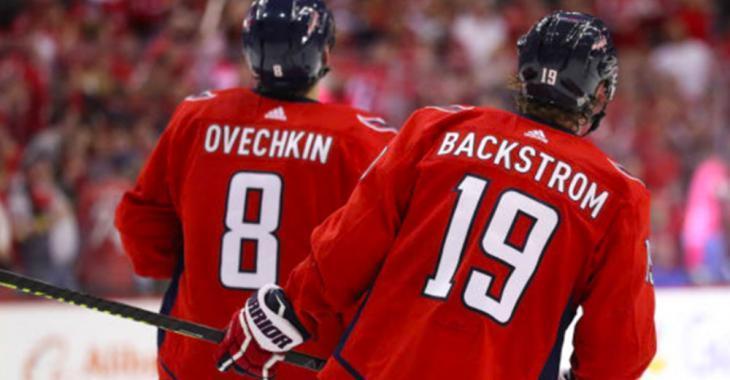 The Washington Capitals have announced today that veteran forward Nicklas Backstrom will be out of the team's lineup long-term with a hip injury and has been placed on long-term injured reserve.

In a corresponding move, the Capitals have recalled forwards Connor McMichael and Beck Malenstyn from the AHL's Hershey Bears.

Backstrom put off having another hip surgery after having a pretty significant one six years ago. In the six years between surgeries though, Backstrom fears he has done more damage to the area.

"Over time, over the years, it's been grinding it a little bit,'' Backstrom said earlier this month. "When that happens, you just kind of have to reset and build it up again and that is where we are at. (It) takes longer than you hope, but that is just progress: Just part of building it up again and making it strong again.''

"I have no timetable here,'' Backstrom said when training camp initially opened. "We're just going to listen to the body and go slow. We'll see what happens. Hopefully I'll be back skating soon.''

For what it's worth, Backstrom did not participate in the Capitals' training camp, at least not on ice, and obviously did not play in any pre-season games either. At this point, there's still no timetable for his return meaning that the Capitals will be without the 1-2 punch of Nicklas Backstrom and Alexander Ovechkin to start the season. In case you missed it, Ovechkin suffered a minor injury in his team's final pre-season game against the Philadelphia Flyers. Ovechkin is not expected to miss significant time, however.

As for their replacements, the Malestyn and McMichael will be tasked with making an impact in limited minutes. McMichael is obviously the most intriguing player here, especially after his showing at the 2021 World Junior Championships for his native Canada. McMichael skated alongside Tome Wilson and Evgeny Kuznetsov on the Capitals' top line at points during the preseason and there's reason to believe that the kid is ready to make the jump from the AHL to the NHL. The 20 year old put up an impressive 14 goals and 27 points in 33 games with Hersey last season as a teenager.

Another bittersweet update on Jonathan Toews...
Subscibe to
Our NEWSLETTER
Receive the best articles of the web directly in your email