This is a low point in Ovechkin’s career, no doubt… 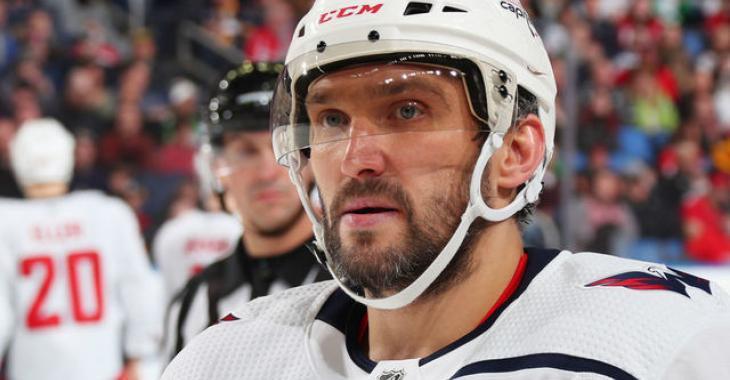 Earlier this week, it was announced that the Washington Capitals have lost four key players including Alexander Ovechkin after National Hockey League served a wake-up call and fined the Caps $100,000 for violating the COVID-19 safety protocols.

The violation was regarding “social interactions among team members who were in close contact and who were not wearing face coverings.” It was revealed that Ovechkin, Dmitry Orlov, Evgeny Kuznetsov and Ilya Samsonov were grouping together in a hotel room without face masks.

Tonight, the Capitals are hosting their home opener, in which they present all players and kick off their season at home, however, the Caps are getting ready for an embarrassing event seeing they won’t be able to include their captain and other three teammates in the presentation.

Those four players in question are gone at least four games, and in a shortened season, we all know, every contest counts…

While is is useless for teams to present their players in empty arena after they’ve played games on the road, it remains a proud moment for the club. But not for the Capitals…

Ovechkin did make a statement, regretting his actions, but his wife was not happy with the decision… We won’t go back there.

“I regret my choice to spend time together with my teammates in our hotel room and away from the locker room areas,” Ovechkin said in a statement. “I will learn from this experience.”

Like Pierre LeBrun said it best on last night’s Insider Trading on TSN: “These are the protocols. It’s what the players signed off on when they agreed to play this year and if they didn’t want to play, they could’ve opted out.”

Now, the Capitals have to face another embarrassing moment in this situation and though Oveckin won’t be on the ice with his teammates for it, we bet he will be feeling it in quarantine.

Report: Penguins game(s) to be postponed
Subscibe to
Our NEWSLETTER
Receive the best articles of the web directly in your email