NHL News : Capitals face another issue with Evgeny Kuznetsov, could trade him away! 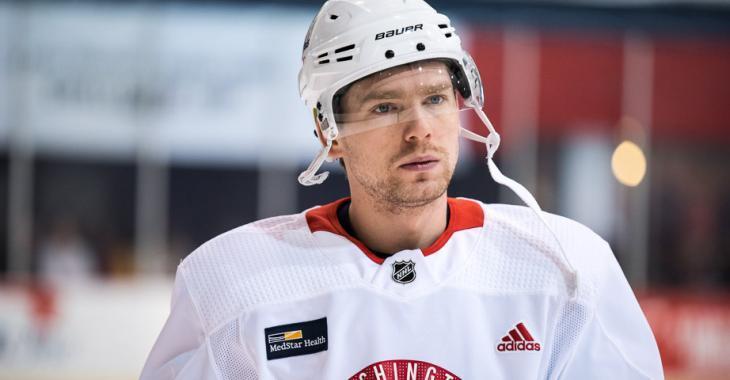 Evgeny Kuznetsov may be running out of second chances…

We all remember how he got one back in 2019 when the Washington Capitals forward tested positive for cocaine during a doping control in May at the Ice Hockey World Championship in Slovakia. The International Ice Hockey Federation suspended Kuznetsov from the Russian national team for four years. He was suspended three regular season games without pay for “inappropriate conduct” and the Capitals then considered the matter closed.

But, he is running on a tight leash and, at the moment, the Capitals might be running out of patience with the forward.

Elliotte Friedman reports in his latest 31 Thoughts column on Sportsnet that head coach Peter Laviolette scratched Kuznetsov he and goalie Ilya Samsonov for Monday’s game for showing up late to a team function.

“I think Washington is running out of patience with Evgeny Kuznetsov. Laviolette said Tuesday the status of the centre and goalie Ilya Samsonov, who did not play Monday because they were late to a meeting, is uncertain for Wednesday’s rematch. The coach added the Capitals are “working through things inside the room.””

Then, on Tuesday, Kuznetsov was added to NHL’s COVID Absences List. He was part of a group of four players earlier this season that also ran afoul of COVID protocols and sat out some time.

It did not take long for rumours to surface on what the forward might have done this time.

We don’t know if the Caps are running out of patience to the point of parting ways with Kuznetsov, but it sounds like another important issue is taking place here. Kuznetsov still has four seasons left to an eight-year contract he signed back in 2017 with an annual salary of $7,8M. On top of that, if the Capitals look to move him, they will need to deal with his 15-team no trade list as he holds this clause in his deal. But Pierre LeBrun mentioned on Tuesday’s edition of Insider Trading on TSN that we will have to keep an eye on this.

“As far as I believe, Washington is perhaps willing to listen to trade offers for Kuznetsov this offseason. He’s got four more years on his contract at a $7.8 million AAV and a modified no-trade clause, but he’s still a pretty good player.”

We’re not saying Kuznetsov is out of Washington. We’re just saying he clearly needs to fix his issues to keep going with the Caps and gain back the confidence of the coaching staff.