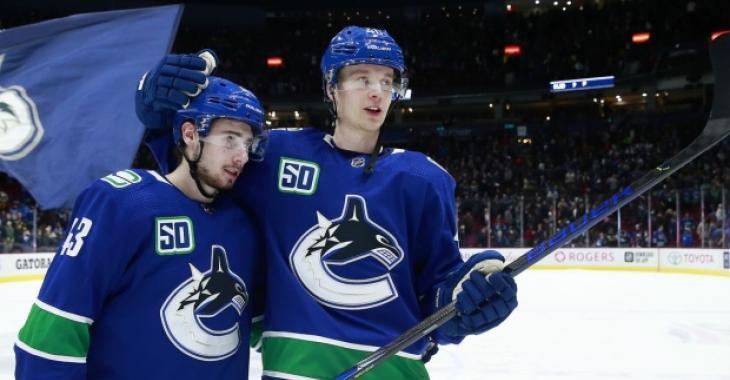 On Thursday night, word out of Vancouver revealed that both restricted free agents forward Elias Pettersson and defenseman Quinn Hughes had agreed to contracts with the Canucks.

Nothing was announced by Friday afternoon, which got fans worried, but now that top insiders like Pierre LeBrun of TSN and Sportsnet’s Elliotte Friedman are reporting it was because the numbers changed.

It is now confirmed that  the Canucks have agreed to terms and AAV on Pettersson and Hughes. But deals still to be finalized.
Here are the deals, per LeBrun’s sources:

The annual value has changed, but this might be simply because of a lack of information with the first rumoured deals. This is great news for everyone in Vancouver as this gets settled ahead of the season opener.

Pettersson played just 26 games last season due to injuries, recording 10 goals and 11 assists. In 165 career NHL games, the Swede has 65 goals and 88 assists. Pettersson was selected fifth overall by the Canucks in the 2017 NHL Draft.

As for his teammate Hughes, who was selected seventh overall by the Canucks in the 2018 NHL Draft, he was third on the team in scoring last season, recording three goals and 38 assists for 41 points in 56 games. In 129 career NHL games, he has posted 11 goals and 86 assists.