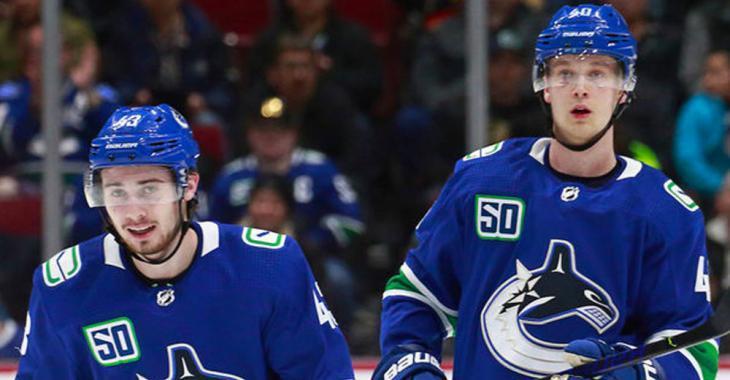 As for Pettersson, fellow Canucks insider Rick Dhaliwal reports that he has signed a three year deal worth $7.7 million.

More to come including official confirmation from the club.

If these reported deals are indeed as reported, then you have to consider this a HUGE win for the Canucks and for Canucks fans. There were reports that Hughes was seeking a comparable deal to the six year contract given to Colorado Avalanche0 blueliner who earns $9 million per season. As for Pettersson, he had been compared to Kirill Kaprizov in negotiations. Kaprizov recently signed a five year deal worth $9 million per season, as well. While we can argue over Hughes vs Makar and Pettersson vs Kaprizov, the fact that Canucks GM Jim Benning was able to get his two star players for under market is very good news for the team.

Concerning update on Marchand, important one on Pastrnak at Bruins’ practice
Subscibe to
Our NEWSLETTER
Receive the best articles of the web directly in your email