A steal of a deal for the Canucks! 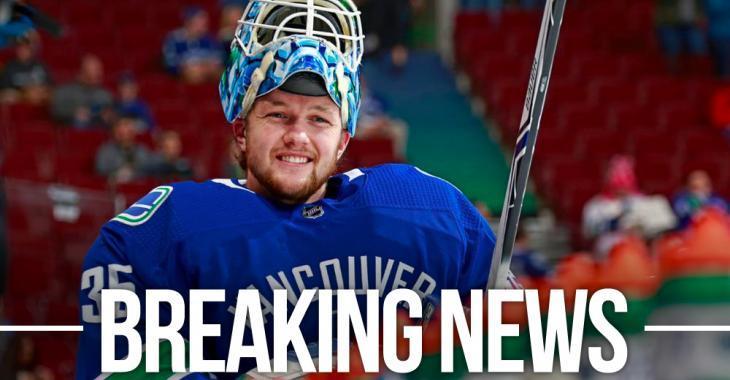 This just in, the Vancouver Canucks have reportedly signed goaltender Thatcher Demko to a five year contract worth $5 million per season. The deal hasn't been announced officially yet, but NHL insiders Frank Seravalli and Elliotte Friedman are both reporting it as a done deal.

I've got to say... this is an absolute STEAL of a deal for the Canucks. Demko has been one of the top goaltenders in the NHL over the past calendar year and this signing should help the team cement their goaltending for the next five years. The 25 year old netminder has an outstanding 2.77 goals against average and .917 save percentage in 25 games with the Canucks this season.