What on earth is happening with this team? 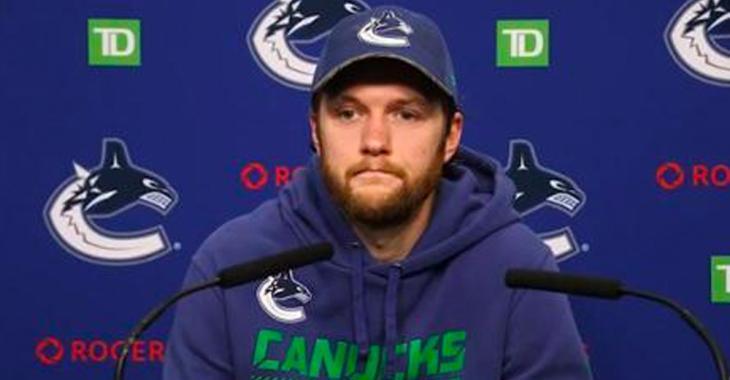 It's safe to say that the 2020-21 campaign hasn't exactly been a banner season for the Vancouver Canucks.

After all, the team caught COVID-19, went into a nosedive, had to have their players call out the league and its owner to do anything, oh and Jake Virtanen had serious alleged sexual abuse charges laid against him. Not exactly how you draw up your season when planning in the offseason...

Yesterday's news from NHL insider Elliotte Friedman seemed to cause the biggest stir amongst the team's fanbase though. Friedman reports that embattled Canucks GM Jim Benning will in fact return to the team next season, despite the fact that the Canucks will miss the playoffs for the fifth time in six seasons. Yes, despite the fact that the team is full of bloated contracts which Benning himself negotiated, he'll be back on the job next year. It truly boggles the mind...

Maybe we shouldn't be surprised though? After all, Canucks owner Francesco Aquilini has a reputation of doing things his own way and for overriding executive decisions as he sees fit. There are rumours abound that Benning simply does Aquilini's bidding for him and, in that respect, he's the perfect GM for the team. But, some decisions that this team makes, whether it's Benning or Aquilini making the decisions, just maake you shake your head.

Canucks goalie Thatcher Demko, fresh off signing a long-term, $25 million contract with the team, openly begged and pleaded with ownership in the media yesterday to re-sign long-time Canucks goalie coach Ian Clark who is without a contract for 2021-22.

What on earth is going on with this team?!

Why wasn't Clark re-signed along with Demko months ago? Don't you think if you're committing $25 million to a young goalie then you might want to also retain the guy whom he credits with helping him earn his paycheck? This isn't exactly rocket science. This is simple management. You put good, smart people into positions that enable them to succeed and then you reap the rewards as a group. That's Management 101 level stuff and yet Aquilini, Benning and company still can't sort these things out after nearly a decade in the business.

FIGHT NIGHT in NYC between the Bruins and Rangers!
Subscibe to
Our NEWSLETTER
Receive the best articles of the web directly in your email