NHL News : Canucks GM Jim Benning makes a fool of himself in explaining why he didn't re-sign Tyler Toffoli

What a complete disaster. Canucks fans are now demanding that Benning be fired. 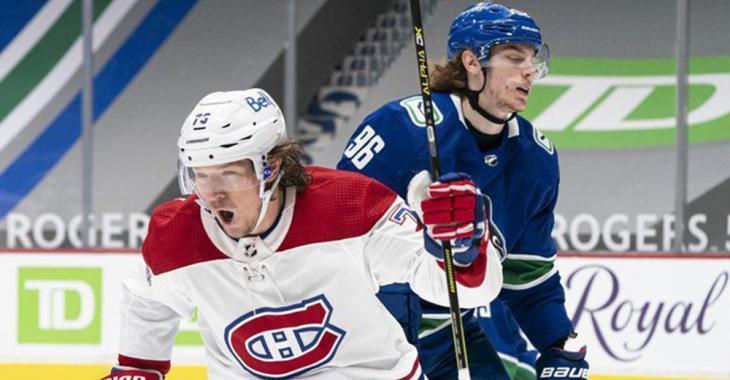 Montreal Canadiens forward Tyler Toffoli has absolutely eviscerated his former team the Vancouver Canucks in the early goings of this season, scoring a remarkable 8 of his NHL leading 9 goals against the Canucks. Talk about showing up your ex...

Toffoli has proven himself to be a bargain of a deal for Habs GM Marc Bergevin at just $4.25 million per season, in fact he might even be the best free agent signing of the entire NHL offseason. So this begs the question... what the Hell was Canucks GM Jim Benning thinking? Why didn't he re-sign this guy?

Well, in a one on one interview with Canucks insider Ben Kuzma of The Province newspaper, Benning explained his reasons for not re-signing Toffoli and suffice it to say that Canucks fans aren't thrilled with Benning's choice of words. So... why didn't Benning re-sign Toffoli? "“We kind of ran out of time," says Benning.

Excuse me? This was the longest offseason in NHL history? How'd you run out of time?

“It was our intention to try and get him signed and if we could have had a little more time, we could have tried to work through that,” Benning said Wednesday. “It got to a point where I know Tyler wanted to come back and we were trying to figure it out.

“We kind of ran out of time with him getting offers and one he needed to take. We would have had to move money out.”

I don't know about you... but if I was running a multi-billion sports franchise and my GM gave me an excuse like he "ran out of time" I'd hand him his pink slip that afternoon. Needless to say, Benning's explanation of matters isn't going over well with the always acerbic Canucks fanbase who are now calling for Benning's job.

Benning would go on to tell Kuzma that he was focused on improving his team's defence and goaltending during the offseason, which presumably involved chasing down Arizona Coyotes captain Oliver Ekman-Larsson for over a week. Ultimately Ekman-Larsson remained with the Coyotes and the Canucks pulled the trigger on a deal to acquire Nate Schmidt from the Vegas Golden Knights. In the meantime Toffoli accepted an offer from Bergevin and Benning was left out in the cold. Given the way things have transpired and given that Benning put himself in this position by handing out ridiculous contracts to the likes of Loui Eriksson, Brandon Sutter, Tyler Myers, Antoine Roussel and Jay Beagle, it's hard to feel sorry for the guy.