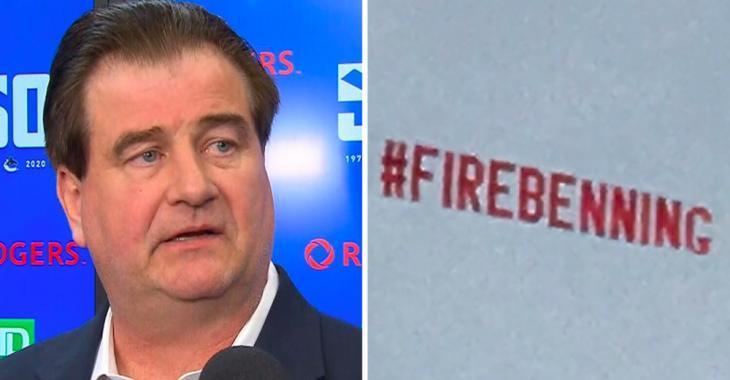 Vancouver Canucks fans have a well earned reputation as being... how do I put this... well... they're quite a passionate fan base.

In all seriousness, Canucks fans have earned a reputation for being quite critical of their team even in the best of times. The team's fanbase has a very strong "us against the world" mentality and they demand a lot from the team's players, management, coaches and even from the media covering the team. In short, Canucks fans are rabid.

Tired of team GM Jim Benning and his one step forward, two steps back approach, a group of passionate Canucks fans crowdfunded to have a plane fly a #FIREBENNING banner over downtown Vancouver and the team's home rink Rogers Arena.

It really does bring a tear to your eye... a thing of beauty.

Sheldon Keefe drops a terrible update on Jake Muzzin just hours ahead of Game 7.
Subscibe to
Our NEWSLETTER
Receive the best articles of the web directly in your email