NHL News : Canucks debacle may have a major impact on the playoffs.

Bad news for the league. 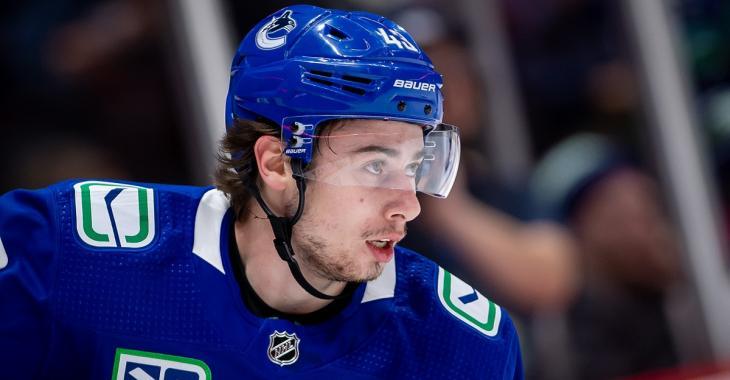 The situation currently unfolding in Vancouver is obviously very bad for the Vancouver Canucks organization, but now for the first time we are hearing tonight that this could have a major impact on the rest of the league moving forward.

The latest on this comes to us courtesy of National Hockey League insiders Chris Johnston and Elliotte Friedman who, on their weekly headlines segment, shared some more details regarding how the NHL intends to deal with this situation moving forward. The first big revelation came courtesy of Johnston who confirmed rumors we have been hearing about just how many players have been infected.

"More than half the players on their roster have tested positive," revealed Johnston on Saturday night.

He also added that the league has been forced to act as though the entire roster has been infected given the seriousness of this situation.

"At this point the NHL is working under the assumption that everyone has been exposed because of how quickly this has spread to the team," added Johnston.

The plans to have the Canucks to return to practice on Tuesday have been shelved entirely and now we have no idea when the Canucks will be eligible to return, or even if they will be eligible to return this season at all. Unlike some of the other cases around the league it sounds like some players in the Canucks locker may be very ill, with reports of medical staff having to administer IV treatments to players in their own homes, so this situation is being treated very seriously by the NHL.

"One of the questions that Chris and I have been asking is, is there any chance that the Canucks don't play again this year" said Friedman. "If we get to a point where the recovery does not allow it, the NHL will look at the situation then."

The biggest takeaway however may have been the information regarding the playoffs, which sounds like it could once again be headed into a buble.

"Well its not what anybody wants but what I can tell you is that it is going to be discussed," said Friedman. "It depends on how the world evolves between now and then. It's not what anyone wants and it's not the prefered option but depending on where we go here over the next little while, they are gonna have to at least have a plan on the table."