Not the update fans were hoping for... 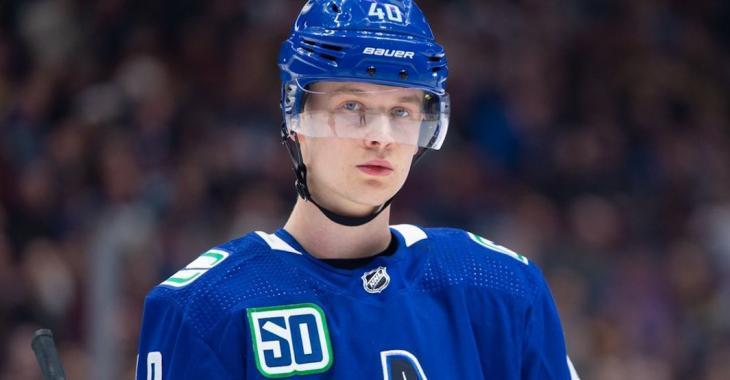 It has been confirmed that the Vancouver Canucks will be without star forward Elias Pettersson for longer than first expected. Head coach Travis Green has announced that the 22-year-old will miss another week of action.

Pettersson has already missed the past three games with an upper-body injury.

The silver lining in all this? The Canucks have won all three games. The team is schedule to have three games in the next seven days: Wednesday against the Canadiens, Saturday against the Oilers and Monday in Ottawa against the Senators, which is the first of four games on the east coast.

Pettersson has 10 goals and 21 points in 26 games this season after a slow start. This injury came at a very bad time. Fans wonder if the Canucks will remain victorious for the upcoming week.