The Canucks young sniper finds himself back in trade talks… 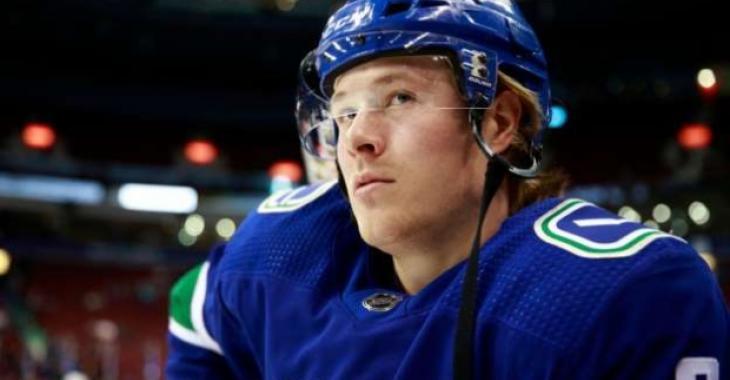 Chatter got fans in Vancouver quite worried. It has been said here and there that the Canucks are reportedly “open” to trading Brock Boeser.

Insider Elliotte Friedman wanted to give interesting precisions on what the rumours were about on his 31 Thoughts podcast on Friday, and explained how the rumours came to emerge. It was reportedly because the Canucks were looking for something they really wanted and Boeser’s name came up as the price tag for it.

It was most likely a major move, though fans need to understand that GM Jim Benning is not actively looking to trade Boeser.

As team insiders Thomas Drance and Rick Dhaliwal for The Athletic report fans don’t have to worry about this annual tradition of hearing BB’s name in trade chatter, and are sure there is nothing to worry about here.

“We checked in again on Thursday on this and multiple sources poured cold water on the possibility. Benning and Boeser’s agent Ben Hankinson have been in close touch over the course of this week, Boeser certainly isn’t being “shopped” and a possible Boeser trade isn’t a remotely likely consideration for the Canucks at the moment.

Canucks fans can exhale on this one, there doesn’t seem to be a ton of smoke here based on what we’re hearing.”

While Friedman believes Boeser’s name came up as the price tag for a specific trade, we cannot imagine him being talked about in any of the latest moves that have taken place these past days.

The Canucks simply cannot afford to have a long list of untouchable players and it sounds like fans will need to get used to Boeser’s name getting mentioned here and there amidst all of the trade speculations we hear at this time of year. Benning is said to be looking to add a defenseman and a third-line center, and his shopping surely got rumours going off across the NHL.

Tom Wilson rocks Curtis Lazar, hits him into the Bruins' bench
Subscibe to
Our NEWSLETTER
Receive the best articles of the web directly in your email