The first real offseason moves from a team that's expected to be very, very busy. 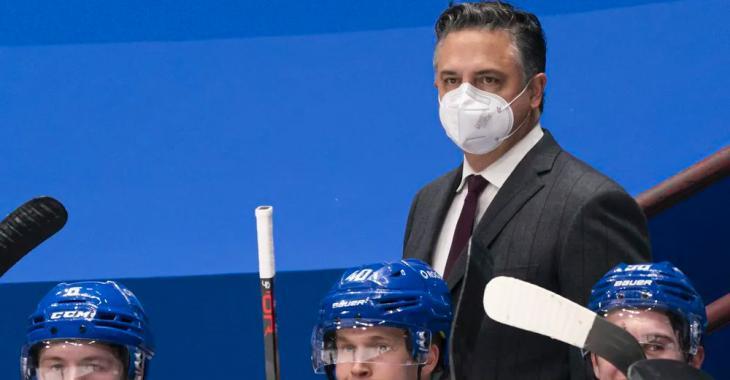 The Vancouver Canucks have announced some changes amongst their coaching staff.

Additionally, GM Jim Benning confirmed that Chris Higgins will resume his role as Assistant Director, Player Development, after supporting the coaching staff as Skill & Development Coach during the 2021 season and that the Canucks and Assistant Coach, Newell Brown have parted ways.

While goalie coach Ian Clark's name is buried a bit in the announcement, his signing is the real big news here. Many people in the game credit Clark for helping develop not only Thatcher Demko into a bonafide #1 NHL goaltender, but Jacob Markstrom, as well. Clark is seen by many in the game as one of the top goalie coaches in hockey alongside legends like Benoit Allaire and Mitch Korn. Suffice it to say, getting him to re-up and remain in Vancouver is a huge win for this team moving forward. Not only for Demko's sake, but for top prospect Michael DiPietro, as well.

As for the other moves, it was always expected that the team would part ways with Newell Brown. The Canucks' special teams faltered under Brown's discretion and it's clear that a new strategist is needed if this team hopes to be a factor on the PP and the PK in 2021-22. Shaw was an assistant coach under John Tortorella with the Columbus Blue Jackets since 2016 and was recently put out of work when the Blue Jackets decided to clean house with their coaching staff. It's expected that former Canucks player turned assistant coach Jason King will now take on PP duties.

With head coach Travis Green and assistants Shaw, King and Baumgartner now all on board the Canucks feature an entire coaching staff made up of former NHL players. Sure, none of them are NHL All-Star talents, but that's rarely the case when it comes to coaching. For every Rick Tocchet and Rod Brind'Amour out there there are a dozen grinder types like Joel Quenneville, Bob Boughner and Craig Berube.