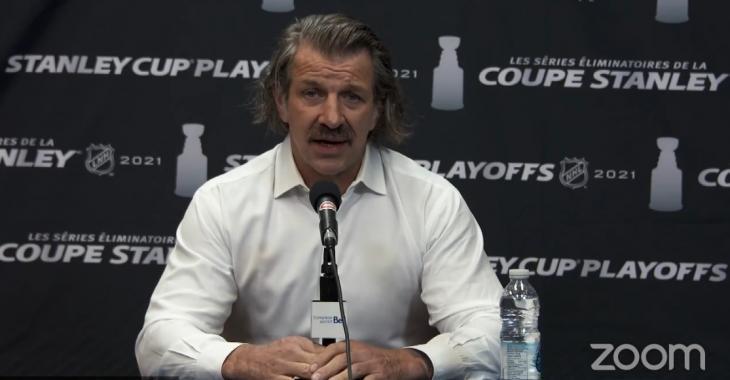 The Montreal Canadiens dominated the Winnipeg Jets in the second round of the Stanley Cup Playoffs, sweeping them in four straight games and left them shellshocked in the process. Following the series, perhaps as a result of the sweep, there was however a minor controversy involving Winnipeg Jets head coach Paul Maurice when it came to showing his respect to his opponents in the handshake line at the end of the fourth and final game in the series.

Maurice, who has long been the head coach of the Jets, shook hands with members of the Canadiens coaching staff but declined to shake hands with the other members of the Habs roster. Many were quick to take this as an act of disrespect, something that Maurice himself has since steadfastly denied.

"If I disrespected any of the Montreal Canadiens by not shaking their hands, my apologies," said Maurice in response to the criticism.

Although Maurice was quick to take the high road following the criticism, criticism that largely came from social media and not from the Canadiens themselves, Canadiens general manager Marc Bergevin was quick to dismiss the notion that Maurice had done something wrong when he gave a press conference of his own on Saturday. Bergevin, unprompted, opened the press conference by offering up a statement on the matter.

"Just wanna make sure that those rumors or those saying around the media that Paul Maurice lacked respect for the Montreal Canadiens for not shaking the players hands, it's not at all," said Bergevin on Saturday. "It's a coaches decision, they shook hands between each other and that's the right thing to do and after that it's up to the coaches if they wanna do the players or not. But Paul Maurice has been in the league a long time and there's no way that he showed the Montreal Canadiens any disrespect. Like me and Chevy we shook hands and that's how it works, GM and GM, coaches and coaches, and players and players."

Maurice himself stated that he felt the handshake line belonged to the players and it would appear that Bergevin agreed with his sentiments entirely. When you add the extra concerns this time around the ongoing pandemic and COVID-19, I don't think anyone should feel disrespected by Maurice's decision at all.