NHL News : Canadiens hint at big changes to their lineup ahead of Game 1. 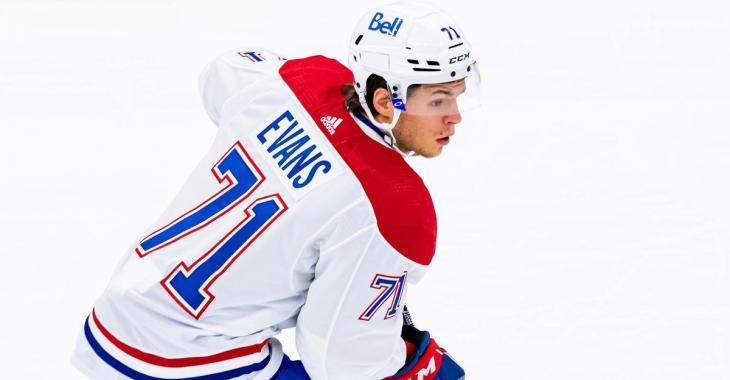 The Montreal Canadiens are set to face off against the Tampa Bay Lightning in Game 1 of the Stanley Cup Finals on Monday night and they will be doing so with a depleted roster both on and off the ice. The Canadiens have lost both head coach Dominique Ducharme and veteran forward Joel Armia to the National Hockey League's Covid Protocols, a reality that has potentially forced interim head coach Luke Richardson to make some adjustments to his lineup for Game 1.

One of the big takeaways from the Canadiens morning skate was the presence of injured Habs forward Jake Evans, who has been out of the lineup since he was on the wrong end of a massive collision with Winnipeg Jets forward Mark Scheifele in the second round of the Stanley Cup Playoffs. It wasn't the fact that Evans was on the ice that was notable, but rather the fact that he was spotted in a red jersey. This would normally be a sign that Evans is set to return to the lineup and with Armia potentially on the sidelines that would open up a spot for Evans to slot in should he be healthy enough to return to action.

NHL insider Renaud Lavoie pointed out that Evans was doing just that during the team's morning skate.

It was also worth noting that veteran forward Tomas Tatar was not wearing a red jersey, a sign that perhaps the veteran will be a scratch in Game 1 of the Cup Final.

The loss of Armia will be significant given the way his line has provided a tremendous boost to the Canadiens in the playoffs, but there are some signs that his absence may not be a long one. Canadiens insider Eric Engels reported comments from Joel Edmundson on Monday that indicate the team believes his case may have been a false positive.

Stay tuned for more as we draw closer to Game 1.

Canadiens interim head coach Luke Richardson is now calling Armia a "game time decision." It would seem that Edmundson's belief of a potential false positive may have been well founded and the Canadiens are now putting him on a private plane to Tampa Bay. This now sounds like a scenario in which both Evans and Armia could make their return to the lineup for Game 1 of the Stanley Cup Final.