Habs confirm what we already suspected. 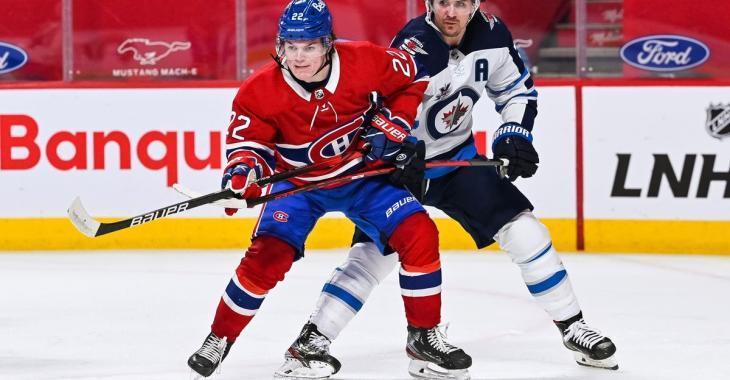 The Montreal Canadiens have confirmed what many already suspected.

On Sunday we reported that young Canadiens forward Cole Caufield had been pulled off the ice in training camp, a decision that was made following the Canadiens first preseason game over the weekend. At the time the Canadiens described the move as merely a "precautionary measure" but the fact that they listed him as day to day suggested that some kind of injury was likely at play there.

On Monday morning the Canadiens finally confirmed that Caufield has indeed been injured, indicating that the former first round pick will be on the sidelines as the result of an "upper body injury." The Canadiens have, as is typical with their organization, shared no details regarding the nature of that injury but head coach Dominique Ducharme did admit that he expects Caufield will be out for roughly a week with whatever it is that is troubling him.

Caufield has been something of a breakout sensation for the Canadiens following a very strong performance during their deep run to the Stanley Cup Playoffs. In fact despite only playing 10 regular season games, where he has 4 goals and 1 assists for 5 career points, Caufield has amassed a whopping 20 playoff games under his belt as an NHL rookie. During the Habs playoff run he had 4 goals and 8 assists and was a significant contributor for the team throughout some tightly contested series.

Understandably a combination of his recent success in the playoffs, the hype generated by the Montreal market, and the long wait that fans have had since the Canadiens drafted him in the first round (15th overall) of the 2019 NHL Entry Draft have led to a tremendous level of excitement surrounding his likely ascension to the full time roster this season.

Unfortunately for fans that were hoping to see him continue his development on the ice in the preseason it sounds like you might have to wait a little longer. If you're looking for a silver lining here though there is a pretty good one, the timeline put forward by Ducharme today would appear to indicate that Caufield should be ready to go well before the season officially gets underway.