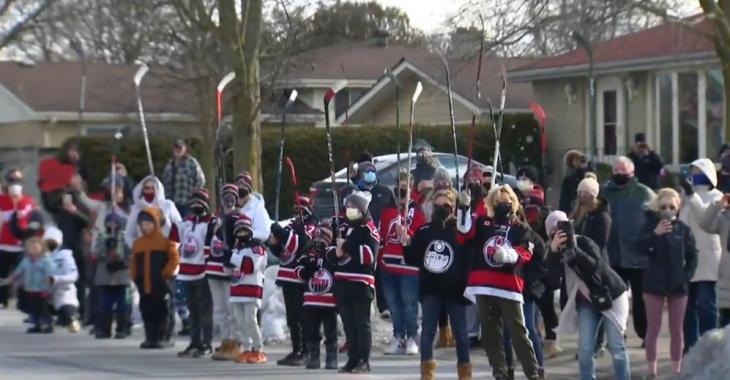 The hockey world was dealt a big blow this week when it was announced that Walter Gretzky, the father of hockey's greatest ever player Wayne Gretzky, had passed away at the age of 82 years old.

It was obviously a sad moment for the Gretzky family, but when addressing the passing of his father Wayne Gretzky actually had some big positives to take away from the whole situation. The Great One revealed that the family had thought Walter's time on this earth had come to an end roughly three weeks prior to his actual passing, but that Walter's love of life had carried him through 21 more days. Those 21 days allowed the Gretzky family to spend some extra special time with Walter before he passed on from this world.

It was not just the Gretzky family that was impacted by the loss of Walter however. Although he was best known as simply being the world's most famous hockey dad, Walter also committed himself to working with various different charities and fundraisers that were most often associated with the sport of hockey.

I believe it was this work that resulted in such an outpouring of love and support from fans around the world, one that was on full display north of the border on Saturday afternoon. Saturday afternoon was when the official service for Walter Gretzky was held, and although the event featured members of the Gretzky family as well as their friends and loved ones, fans were quick to gather outside along the road on which Walter's body would be transported prior to being laid to rest.

It was those fans who created what was arguably the most moving moment of the day. In a tribute that every single hockey fan around the world would immediately recognize, the fans gathered outside in their jerseys and winter jackets and each with a hockey stick raised high in the air in anticipation of Walter's hearse. When the vehicle eventually drove passed them, every fan began to lightly tap his stick along the road, creating a beautiful funeral procession the likes of which I can't remember ever seeing during my lifetime.

Panarin's former coach shares details of the alleged incident.
Subscibe to
Our NEWSLETTER
Receive the best articles of the web directly in your email