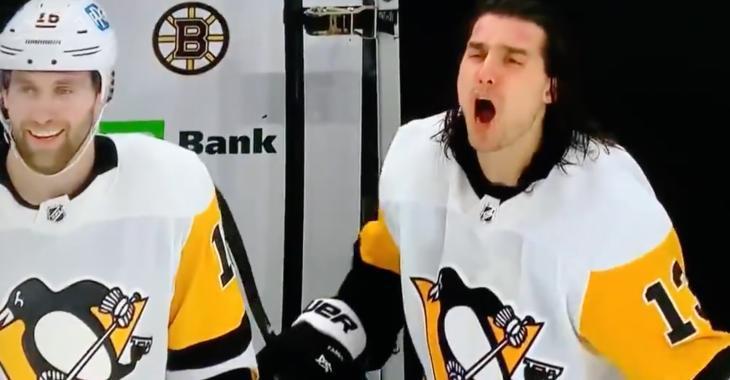 This one was easy to read.

On Thursday night, the Pittsburgh Penguins faced the Boston Bruins and got away with an easy 4-1 win. Forward Brandon Tanev, who recorded an assist in the win, was in mint shape that night.

Not only did he manage to get his name on the scoresheet, but he also played mind games with the Bruins. Especially forward Karson Kuhlman.

The camera caught Tanev at the bench brutally mocking Kuhlman. This is what he told the 25-year-old:

Karson has indeed played 10 games with the Bruins this season, but he does have a total of 46 NHL games so far in his career. He was never drafted and signed as a free agent in Boston back in April 2018. He has played most contests at the University of Minnesota-Duluth and for the Providence Bruins in the American Hockey League.

This is not a legendary mic’ed up moments, but you have to admit he goes off quite easily on the poor guy, who already had to deal with the loss… And Tanev's teammate Jason Zucker thinks it is pretty funny.