NHL News : Cam Atkinson shares some harsh words after being traded on Saturday.

Not a happy man. 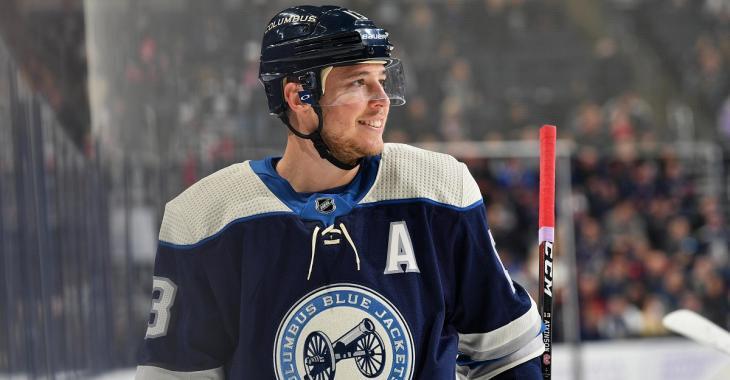 The biggest move of the day however was pulled off by the Columbus Blue Jackets and the Philadelphia Flyers who came together on a significant one for one player trade that saw Flyers star forward Jakub Voracek dealt to the Blue Jackets in return for veteran forward Cam Atkinson, a long time and career long member of the Blue Jackets franchise.

Atkinson has been through some tough years as a member of the Blue Jackets and has seen many players come and go as the team has cycled through players at a rapid rate, rarely appearing to retain pending free agent players for any significant length of time, and it would appear that those were some rather unpleasant times for the veteran NHL forward. Following the trade on Saturday, Atkinson appeared to vent his frustrations with the Blue Jackets organization in comments he made to members of the media.

Atkinson appeared to chastise the Blue Jackets for their lack of direction and praised his new team for doing things the right way, at least as far as he is concerned.

"I'm a loyal guy, but at some point it gets to a point where losing isn’t fun for anyone. It’s not fun to come to the rink and be a part of that, no matter how old you are or the leadership role you’re in. Who knows how the Blue Jackets are going to do this year? It’s pretty obvious what they’re trying to do right now. I’ve seen all my best buddies leave… that was tough to say the least. We can talk about the Flyers and how they’re making a lot of changes as well, but it seems like they’re making changes to bring in veteran presence, leaders, older leaders who know how to play the right way."

These words might not hold that much weight had it been from someone like Matt Duchene who stopped in for merely a minute during a playoff run or even an Artemi Panarin who was never going to be a long term piece of the puzzle for the Blue Jackets, but Atkinson is far from either of those examples. Drafted in the 6th round of the 2008 NHL Entry Draft, Atkinson has been a full time NHLer with the Blue Jackets since the 2011 - 2012 seasons and there's no doubt that his words carry a good deal of weight here.

The focus will, and probably should, be on the admittedly exciting prospect of what Voracek will be able to do alongside the likes of Patrik Laine this upcoming season, but to see such a loyal and committed player leave with such animosity can't feel good for either the Blue Jackets or their fans.