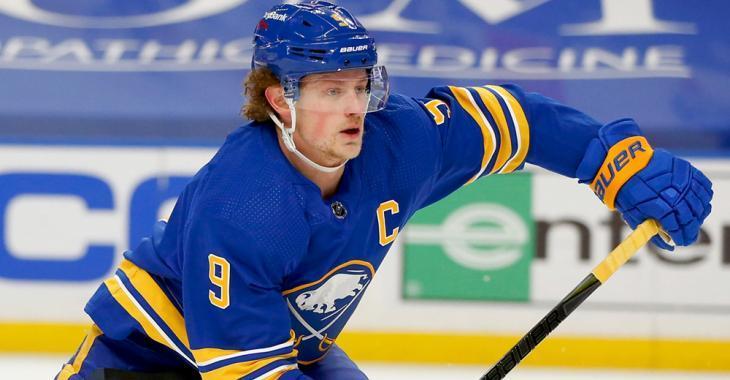 Buffalo Sabres captain Jack Eichel has found himself in the headlines in recent days after his allegations that there's a "disconnect" between himself and the club regarding a neck injury that he suffered, and that this reported rift between the two sides could lead to Eichel wearing a different uniform next season.

Eichel has yet to play meaningful hockey in his relatively young six-year NHL career, and the Sabres don't appear any closer to breaking their decade-long playoff futility streak than they were when he was drafted 2nd overall behind Connor McDavid in 2015.

The Sabres and GM Kevyn Adams responded to the comments made by their captain during an interview with media members yesterday, stating that the team medical personnel aren't comfortable with the reported surgical procedure that Eichel and his camp want.

“It's been speculated and discussed from Jack's camp about potentially having a surgery that's never been done on a National Hockey League player before,” Adams said. “Our doctors aren't comfortable with that.”

“There's a high probability that through a conservative rehab approach, you are able to avoid surgery and you're able to come back and perform at the top of your game,” Adams added. “That is what everybody agreed upon and that’s the hope that we all still have. What I want to make sure you all understand is we’re still in that window.”

Adams also added that Eichel hasn't requested a trade from the only NHL home he's ever known.

Eichel finished the 2020-21 season with the worst stat line of his young career, scoring just two goals along with 16 assists in 21 games played prior to the injury he suffered on March 9 that kept him out for the remainder of the campaign.

Lightning forced to sit out two players, including Johnson, for banner-raising opener tonight!
Subscibe to
Our NEWSLETTER
Receive the best articles of the web directly in your email