NHL News : Bruins will have to bid Chara adieu if Mike Hoffman rumours are true! 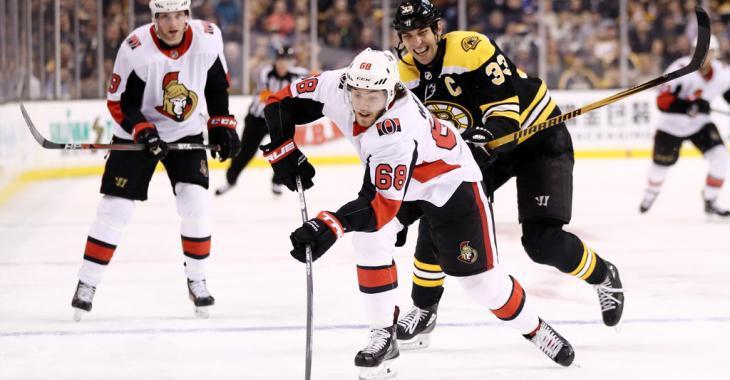 While Boston Bruins general manager Don Sweeney did say, after signing restricted free agent Jake DeBrusk to a two year deal worth $3.675 million per season, that he was waiting to reconnect with Zdeno Chara’s agent to get negotiations going, as the blue liner continues to evaluate what the landscape of the League looks like, there might be something that makes the final decision for the veteran defenseman in Boston…

According to DJ Bean of NBC Sports in Boston, the Bruins will be forced to bid Chara adieu if they decide to sign unrestricted free agent winger Mike Hoffman.

There has been chatter in the past few weeks that the Bruins might be interested in signing Hoffman, the most covered free agent forward still available on the market, especially since Brad Marchand and David Pastrnak could miss some action at the start of the season. Joe Haggerty recently pointed out that Hoffman might be waiting for the right team to make some cost-cutting moves to free up sufficient cap space to sign him, and the Bruins easily come to mind here.

The signing of DeBrusk leaves Sweeney with “somewhere between $2.9 million and $3.7 million”, which does not sound like it’s enough to land Hoffman as a boost up front, while re-sign Chara and place him in a third-pairing role whilst keeping his leadership in the dressing room.

Sweeney might be waiting to see what Chara decides to do next, he who feeling strong and ready for another season despite being 43. While the clock might be ticking for him and his time in Boston, Chara is the definition of a smart veteran player and he knows what he’s doing by biding his time.

Report: All-Canadian division off the table if NHL can't get approval from health authorities
Subscibe to
Our NEWSLETTER
Receive the best articles of the web directly in your email