NHL News : Bruins targeting Mattias Ekholm, but also appear to have a plan b.

The Bruins want a defenseman. 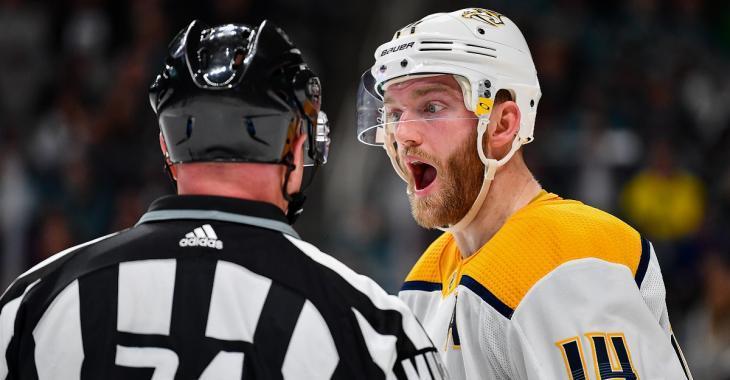 There's little doubt at this stage in the season that veteran defenseman Mattias Ekholm is the top target for several teams around the National Hockey League. No player has been talked about more ahead of the trade deadline and there have been a large number of teams linked to him in a variety of trade rumors, including the Boston Bruins.

That being said the Nashville Predators, Ekholm's current team, are reportedly looking for a package that would closely resemble the one the Toronto Maple Leafs gave up for defenseman Jake Muzzin in 2019. That trade saw the Leafs give up quite a ransom with forward Carl Grundstrom, defenseman Sean Durzi and the Leafs first round pick at the 2019 NHL Entry Draft all going back the other way.

The problem for the Bruins is that they have one of the weaker prospect pools in the NHL right now and that's not going to be very attractive to Predators general manager David Poile who is reportedly looking to rebuild his team by selling off assets at the deadline. As a result there's been talk that forward Bruins forward Jake DeBrusk would have to be included in any deal involving Ekholm, and when you're a team competing for a playoff spot that isn't necessarily the most attractive option.

Perhaps due in part to the aforementioned reasons, the Bruins appear to also have a plan b in mind when it comes to acquiring a defenseman. In a recent report from Boston Hockey Now it was revealed that the Bruins have been actively scouting Columbus Blue Jackets defenseman David Savard, perhaps believing that they have a better chance of getting him at a price they might be for comfortable with.

Speaking of the Columbus Blue Jackets and an unrestricted free agent on the NHL Trade market that Sweeney and plenty of other contenders, including the Winnipeg Jets, Edmonton Oilers, Toronto Maple Leafs, and Montreal Canadiens are interested in, is Blue Jackets defenseman David Savard. Multiple sources confirmed to BHN that the Bruins have been scouting him lately.

Now Savard isn't the player Ekholm is but again the price could be a major factor, and there's a couple of other reasons why the Bruins may also value him over Ekholm. As a pending unrestricted free agent Savard would not need to be protected in the upcoming expansion draft for the Seattle Kraken, leaving the Bruins with the option to protect more of the players on their current roster.

The biggest hurdle here for the Bruins may be the fact that the Blue Jackets are having something of a resurgence when it comes to the standings in their division, and as a result they may be waiting to see how things look over the coming weeks before deciding to pull the trigger on trading Savard.

Oilers & Leafs both make adjustments ahead of battle for first place.
Subscibe to
Our NEWSLETTER
Receive the best articles of the web directly in your email