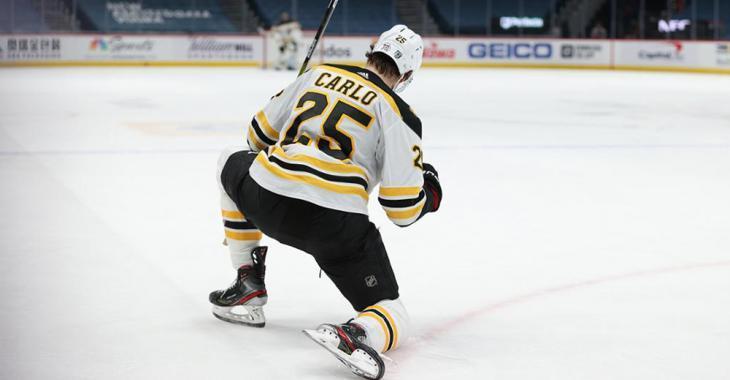 The Boston Bruins have re-signed pending restricted free agent Brandon Carlo to a six year contract that carries a cap hit of $4.1 million per season.

"The Bruins are very pleased to have extended Brandon on a long-term deal," said Bruins GM Don Sweeney in a prepared statement from the team's official website. "Brandon is a player who has grown into a foundational defenseman with our team while also emerging as an important leader on and off the ice."

The Colorado Springs, Colorado native was originally selected by the Bruins in the second round (37th overall) of the 2015 NHL Entry Draft.