Three options at the moment: 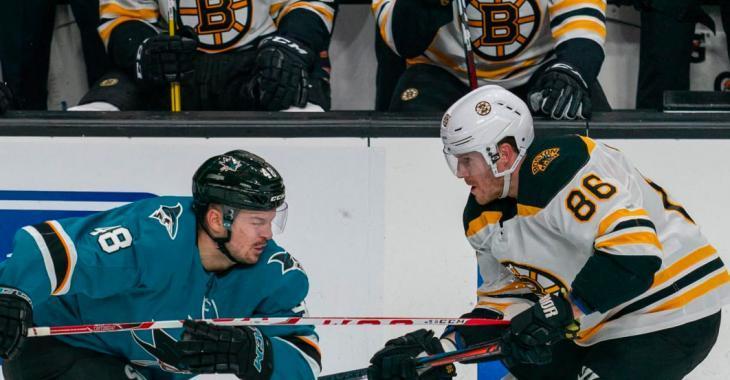 It was a shock for hockey fans in Boston when veteran forward David Krejci announced that he would not return to the Bruins, or even to the National Hockey League. He explained that he made the decision to go back to Czech Republic to play in front of his family and the ones that have sacrificed so much to help him make his professional dreams come true.

Now the Bruins are left with an opening at No. 2 center behind captain Patrice Bergeron. According to some reporters, including Jimmy Murphy of Boston Hockey Now, Tomas Hertl might be the Bruins’ next target.

Hertl isn’t sure if he wants to stay with the San Jose Sharks and the team has heard him. Ever since, trade rumours have surfaced which has now prompted insider Kevin Kurz to share on what it would take for interested rivals to pry Hertl out of San Jose. It’s uncertain if Hertl and the Sharks will reach an agreement on a contract extension before his unrestricted free agent eligibility next July. If ahead of the trade deadline the Sharks fear losing him for nothing, he will be moved, but the asking price is steep.

According to Kurz, GM Doug Wilson could seek a first-round pick and at least one high-profile prospect center or defenseman already NHL-ready or one that could be within a year or two.

Murphy therefore suggested offering up a first-rounder and center Jack Studnicka as the centerpiece for Hertl, envisioning him signing with the Bruins.

If this is too much for the Bruins, it might be possible for Charlie Coyle or  Studnicka to fill in Krejci’s spot.

However for now, it is too early to tell as Coyle  struggled last season, scoring 16 points (six goals, 10 assists) in 51 games, and underwent knee surgery. Also too early for Studnicka, who scored three points (one goal, two assists) in 20 games last season and needs to prove he can take on a bigger role.

Will the Bruins start up filing the vacant spot with inside options or will jump on the trade market to get Hertl over to the East Coast?

Hints on Matthews' status and the Leafs goaltending situation from Monday's practice.
Subscibe to
Our NEWSLETTER
Receive the best articles of the web directly in your email