An outrageous statement from a reporter. 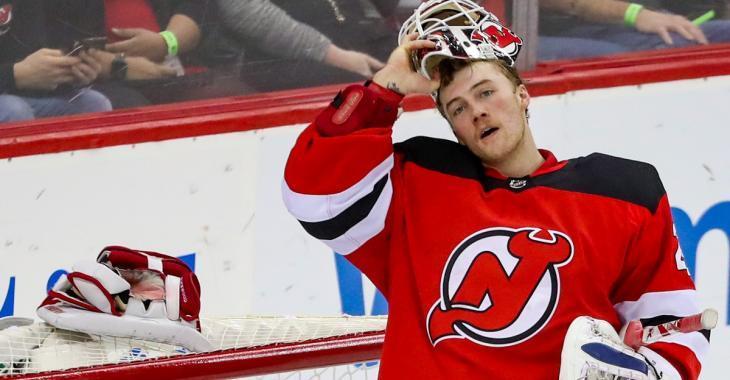 A reporter that covers the Boston Bruins may have crossed the line on Saturday when he appeared to call for the injuring of a player in the National Hockey League.

Bruins reporter Jimmy Murphy took to social media on Saturday to ask a question of his followers, a rather loaded question about the Bruins players potentially injuring New Jersey Devils goaltender MacKenzie Blackwood.

Update: The article originally contained a link to the tweet that has since been deleted, instead we have provided a screenshot below.

"If they have the chance without getting caught, should [The Bruins] accidentally on purpose take some liberties on [New Jersey Devil] MacKenzie Blackwood today or their star players or do nothing?" asked Murphy of his followers.

The question of course stems from a number of incidents involving New Jersey Devils forward Miles Wood and Boston Bruins goaltender Tuukka Rask. Wood crashed the Bruins net on multiple occasions during an earlier matchup between these two squads and there was payback on the minds of many a Bruins fan following those runs at Rask. I don't think intentionally going out and causing injury to the opposing goaltender however is how most fans would have liked to see that payback dished out, something that the response to Murphy's question has backed up.

To their credit Bruins fans have not taken the bait here at all and many have called on Murphy to take down the tweet, something that he has yet to do. In fact Murphy even responded to one of his critics in a fashion that would suggest he doesn't see any issue with what he is indirectly advocating for.

It's one thing for fans to make statements of this nature when frustrated, it is another matter entirely when a journalist crosses that line. I know if I was Mackenzie Blackwood, or even another member of the New Jersey Devils organization, I would be none too happy about media members from opposing cities calling on my players to be hurt.

Update: Credit where credit is due, Jimmy Murphy has since taken down the tweets in question. I will say though that I suspect the response he received for putting such a question forward was no doubt the motivating factor in that decision.