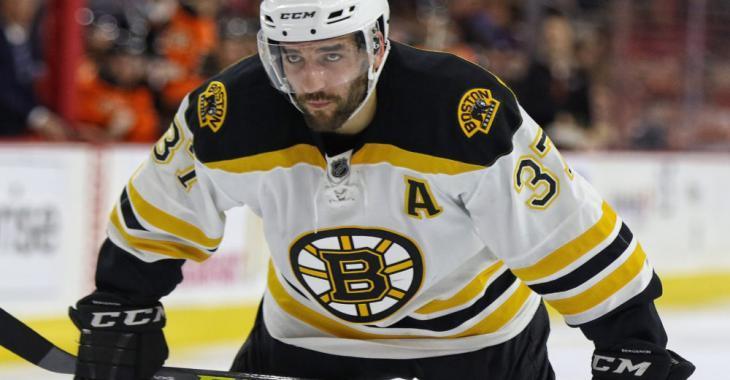 The Boston Bruins are taking on the Sabres in Buffalo tonight, but they will need to do so without their captain Patrice Bergeron.

The news was confirmed minutes before puck drop as the Bruins were forced to announced that Bergeron could not suit up after taking a shot off the left foot last night.

Brad Marchand, David Krejci, and Kevan Miller are the alternates. Charlie Coyle moves up to the first line. Anton Blidh is in after six straight healthy scratches.

The Bruins won 5-1 over the same Sabres on Thursday night and are looking to complete the sweep before facing the Pittsburgh Penguins on Sunday.

Bergeron isn't just giving the Bruins excellent leadership in the dressing room : he ranks second on the team in scoring with 41 points (18 goals, 23 assists) in 45 games, behind Marchand.

Bergeron was one of two Bruins players -- Nick Ritchie is the other -- to play every game so far this season. But this streak is now over.