The NHL's most powerful owner flexes his muscles. 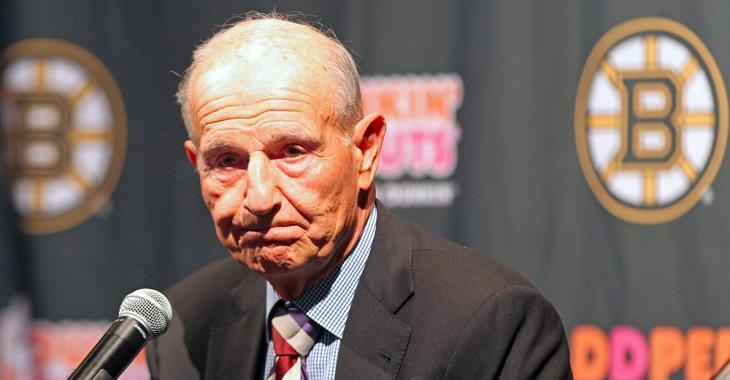 This just in from longtime NHL insider Larry Brooks of The New York Post, Boston Bruins owner Jeremy Jacobs is leading a group of "5 or 6" NHL owners who are "absolutely livid" at NHL commissioner Gary Bettman.

"Information we’ve gathered over the last 48 hours indicates that the owners might have reason to be angry — but not at the union. Indeed, we’ve been told by two sources that club owners were largely uninformed about the spring and summer negotiations and had little or no time to examine the CBA before it was put to a vote."

"We’ve been told by two sources that club owners were largely uninformed about the spring and summer negotiations and had little or no time to examine the CBA before it was put to a vote. Now that the owners understand the ramifications of the deal given the challenges of playing at least a largely spectator-free 2020-21, there is a group livid at the commissioner and deputy Bill Daly. We are told that Boston’s 'Mr. Jacobs' is among them."

Now, I can only assume that these owners are "livid" because they didn't do their job in the first place by reading the CBA's memorandum of agreement before signing their names to it. Frankly, these owners have no one to blame but themselves. If they're livid at anyone, it should be at themselves.

Frankly though, I can see things from both sides. Look, no one is sitting around thinking that it's going to be easy for the NHL to make any money this season. No fans = no revenue = no profit. What I would say though is, "Where in the CBA does it say that the NHL is guaranteed to make a profit?" It's tough times for all businesses out there right now and millions of business owners are taking an absolute bath due to COVID-19. Yet, NHL owners should be exempt from this? Give me a break. If you don't have the stomach to ride out the ups and downs of pro sports do everyone a favour and sell your team to someone who can. Frankly, the Bruins in particular would be a lot better off if they had someone other than Mr. Jacobs at the helm.

Report: Kyle Palmieri appears to be on the move
Subscibe to
Our NEWSLETTER
Receive the best articles of the web directly in your email