The obvious choice, but also the right choice. 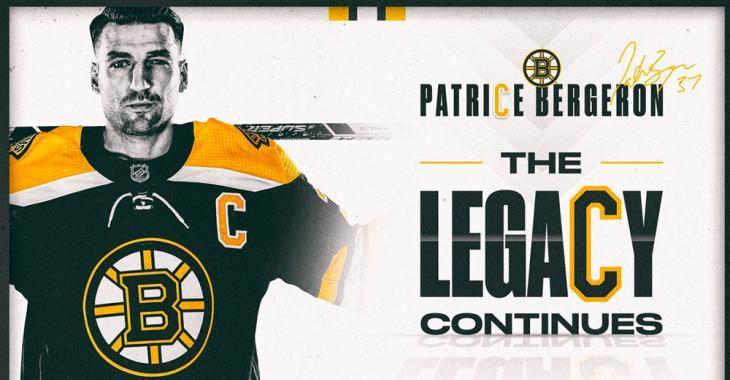 This just in, the Boston Bruins have officially named forward Patrice Bergeron as the 20th captain in team history.

"To be Captain of an Original Six franchise is an honor, and a role that comes with much responsibility to his teammates and the fans," said Bruins Owner Jeremy Jacobs in a prepared statement. "There is no doubt in my mind that Patrice is the natural successor to the Captain role, and he will represent this franchise very well. He has consistently and reliably contributed to this team's advancement and has been an adept leader for many years, both on and off the ice. His tenure as Captain will be one of great success."

Bergeron, of course, takes over the captaincy from the now departed Zdeno Chara who signed a one year contract with the Washington Capitals this past offseason. With Chara's departure from the team, Bergeron was the obvious choice as his successor. The 35 year old career-long Bruin is entering his 17th season with the team and has seen more ups and downs with the franchise maybe moreso than any player in franchise history. He has been there for the poor seasons, the playoff disappointments, but also for three Stanley Cup Final runs and scored the game winning goal to secure a Stanley Cup championship in 2011. He's one of the most respected players in NHL history and, frankly, his captaincy only adds to a long list of NHL accomplishments.