NHL News : Bruins’ McAvoy gets drilled out of the game, returns only to get hit again!

​Rough start for the Bruins’ defenseman! 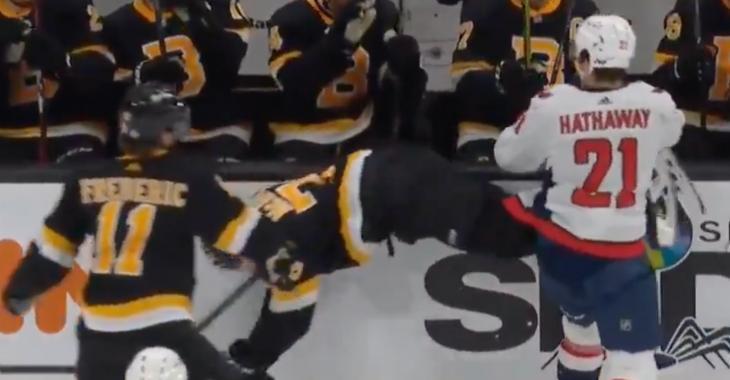 Friday’s game against the Washington Capitals was a rough one for Boston Bruins defenseman Charlie McAvoy.

In the first minutes of the contest, McAvoy was drilled by Caps’ Garnet Hathaway and needed to be taken down the team’s tunnel to get repairs.

Fans held their breath, but were relieved when the blue liner returned to the ice moments later.

But only to be drilled again…

The poor McAvoy was hit again, this time behind the Capitals’ net, this time by Nick Jensen. You can tell as play is blown dead how the defenseman is out of breath, feeling targeted tonight by Washington.

Yeah, the Caps are really trying to make McAvoy their bitch tonight! But the defender recorded an assist on the first goal of the game, scored by his teammate Brad Marchand.

So take that, Caps!

Hoglander takes a slapshot to the face, casually skates off like nothing is wrong
Subscibe to
Our NEWSLETTER
Receive the best articles of the web directly in your email