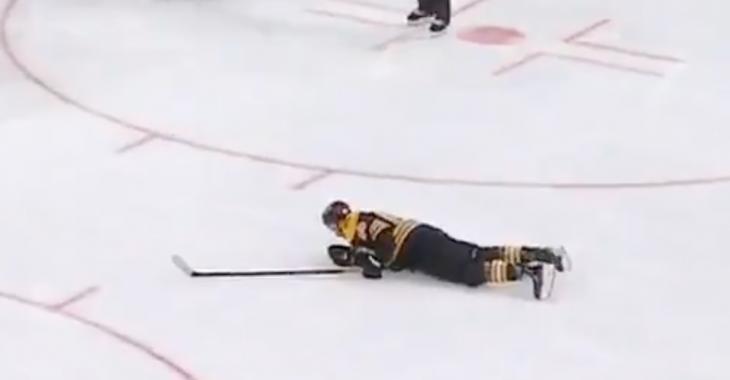 Just a month ago, Boston Bruins defenseman Kevan Miller returned to action. Now, he could miss some more.

During the second period of Game 4 between the Bruins and the Washington Capitals, a late hit took place that put Miller in a very vulnerable position.

Caps’ Dmitry Orlov came in late on Miller, appears to hit his upper body which sent the poor Bruins’ defenseman straight to the ice. While he needed the help of trainers to get back up, he was able to slate on his own to the dressing room.

The officials took a look at the hit and only handed a double minor to Orlov as it was determined that the main point of contact wasn’t Miller’s head, but that it was a late hit, no question.

However, this is getting more serious now as Miller has been rushed to the hospital for scans and further evaluation.

We wish him all the best and hope the Bruins are just taking precautions with the blue liner.