He's one of the first three players named. 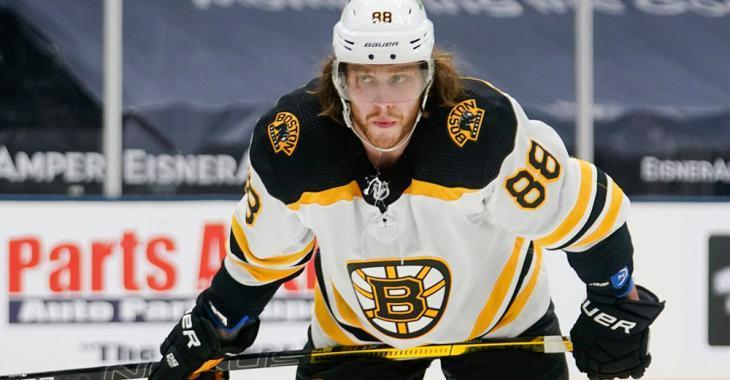 Boston Bruins forward David Pastrnak has been listed as one of the first three players named to the Czech Republic Olympic Team that will be competing in Beijing, along with Tampa Bay Lightning forward Ondrej Palat and Columbus Blue Jacket forward Jakub Voracek.

"Really excited. It's one of the dreams growing up as a kid," Pastrnak said on Sept. 30 when asked about the possibility of being named to the Czech Olympic team. "Pretty much all you see back home with the time change was the national team [on television]…hopefully everything goes as planned and I'll have the opportunity to represent my country."

"Pastrnak has represented his country numerous times throughout his career, most recently at the 2018 World Championships, during which he notched six points (four goals, two assists) in five games.

Of course, Pastrnak could be reunited with former Bruins teammate David Krejci, who elected to return to his homeland in order to play closer in front of family and friends.

Each team's rosters will consist of three goaltenders and 22 skaters. The NHL and NHLPA will have until January to have the chance to pull out of the Olympics should additional complications from the COVID-19 pandemic arise.