NHL News : Bruins could pull a “Nikita Kucherov” before 2022 playoffs!

GM Don Sweeney might have found a way to make his team a great contender! 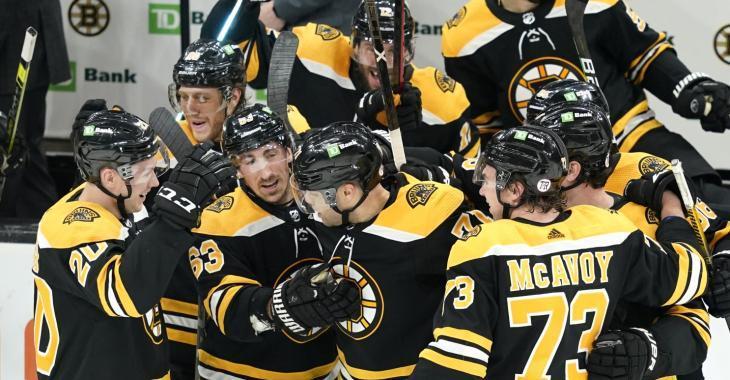 Fans were aware goalie Tuukka Rask wasn’t healthy in the playoffs, but no one imagine the Boston Bruins’ netminder would have to undergo surgery to repair a previously undisclosed torn labrum in his hip. Two days after the Bruins were ousted from the postseason by the New York Islanders, Rask, who is eligible to become a free agent, said he hopes to re-sign with the Bruins and be ready to return in January or February.

When the team was eliminated from the postseason, no one regretted playing an injured Rask, who didn’t blame the injury for the Bruins’ early exit. He allowed 10 goals in eight periods over the last three games, all losses, including Game 5 when he was pulled during the second break after giving up four goals.

Head coach Bruce Cassidy and general manager Don Sweeney stand behind their goalie and it seems like the team could greatly benefit from his injury. As Matt Larkin puts it, the Bruins could pull a “Nikita Kucherov” before 2022 playoffs and quickly become top contenders.

That’s because Rask’s injury could be a blessing for the Bruins in this flattened salary-cap era. Rask could be placed on the long-term injured reserve if they sign him before he’s healthy, allowing Boston to exceed the cap by up to 10 percent during the off-season. They could therefore “welcome back (Taylor) Hall, (David) Krejci and perhaps (Mike)Reilly. Pay up for (Brandon) Carlo and, in 2022-23, (Charlie) McAvoy. Hope that the Seattle Kraken pluck a decent-sized salary or RFA’s projected salary off the roster to assist with cap compliance for 2021-22.”

And then cause that Kucherov twist : as you know, the Tampa Bay Lightning are currently exceeding the salary cap in the postseason as the Russian sniper was on LTIR for the entire season after undergoing hip surgery, and returned healthy for the postseason. The Bruins could do the same with Rask and bring him in only for the 2022 post-season when the cap no longer matters.

While the Bruins could take that risk, Larkin does not believe it would pay off since “a goaltender, who needs repetitive game action to find his rhythm and can’t just dive into the playoffs cold. So if Boston does sign Rask in the off-season, it probably makes sense to do so at a number that isn’t exorbitant. Think $5 million – then place that number on LTIR.”

Larkin makes a good case. Placing Rask on LTIR gives the Bruins far more financial flexibility during an off-season in which they badly need it and they can see what young Jeremy Swayman has to offer on a fuller schedule.

Is this what’s going to happen to Rask?

The NHL is signing a seven-year deal with ESPN!
Subscibe to
Our NEWSLETTER
Receive the best articles of the web directly in your email