The straight goods from Butch himself. 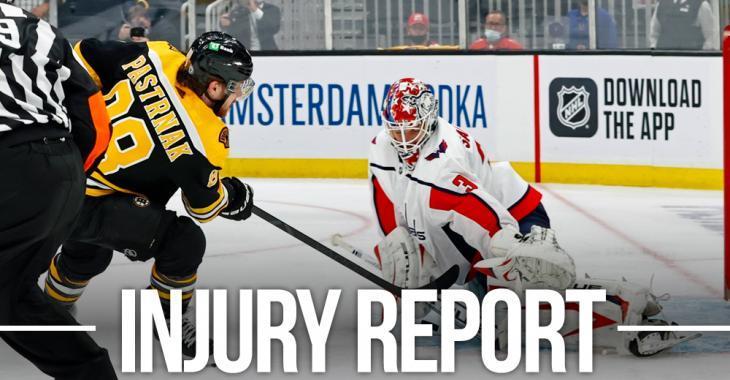 In case you missed it last night the Boston Bruins managed yet another OT victory in their excellent first round Stanley Cup Playoffs series against the Washington Capitals, this time with forward Craig Smith playing the hero role.

Smith managed to scoop up a puck behind the Capitals net after a miscommunication between Caps goalie Ilya Samsonov and defenceman Justin Schultz and tucked it home to give the B's a 2-1 series lead.

The game nearly came to an end earlier in OT though when Bruins sniper David Pastrnak managed to break in all alone on a breakaway before losing his footing and crashing into the end boards.

Pastrnak was shaken up on the play and missed a few shifts, but he did manage to get back in the game. Still, today there's some concern that the man they call Pasta might be injured for Game 3. No fear, says Bruins coach Bruce Cassidy, Pasta is "just fine."

Honestly though, what do you expect Cassidy to say? His team is in the middle of a closely played playoff series, he's not about to offer up injury reports for no reason. I suspect Pastrnak will play Game 4, but don't be surprised if he's not at 100%.

Report: Micheal Ferland's NHL career appears to be over
Subscibe to
Our NEWSLETTER
Receive the best articles of the web directly in your email