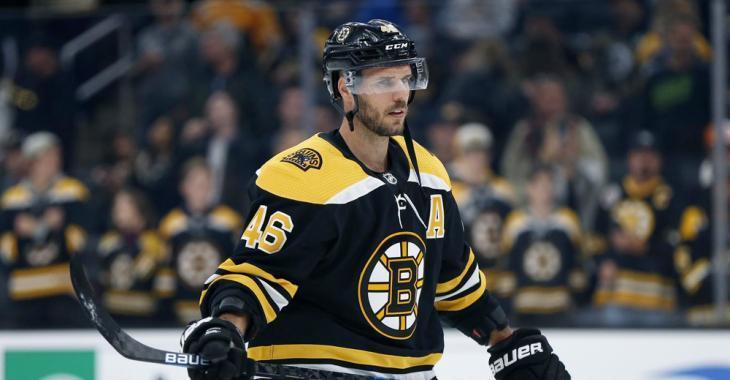 It's been nearly a week since the Boston Bruins' 2021 season officially came to a close after bowing out of their second round series against the New York Islanders in six games. It's shaping up to be a long, long, loooong offseason for Bruins fans as the team has lots of work to do in a seemingly short period of time.

General manager Don Sweeney has his work cut out for him, specifically when it comes to high profile pending free agents like Tuukka Rask, David Krejci and Taylor Hall. The team obviously wants Hall back... but at what price? If the two sides can agree on a dollar amount, you have to imagine that Hall isn't going anywhere. Rask and Krejci though... well those two represent a little more delicate of a situation. They're both respected veterans and long-serving Bruins, but chances are they'll have to take pay cuts if they re-join the team. Honestly, the Rask situation is going to make up a lot of Bruins talking points this offseason, but Krejci's situation might be even more interesting. Is he worth the $7.25 million he made the past five seasons? Not a chance. He's 35 years old and he's clearly on the back end of his career. But... well, there's no denying the fact that the Hall acquisition seemed to rejuvenate him. And, of course, he's absolutely dialled in whenever he gets a chance to play with David Pastrnak. So... is Krejci coming back?

Bruins head coach Bruce Cassidy hinted to the media earlier today that both Krejci and Hall could be back next season in a move that would obviously be designed to benefit both players.

I honestly think it would be wise for the Bruins to bring back Krejci on a short-term deal. Chances are that with career earnings north of $70 million that Krejci won't be looking to cash in this offseason. Pay the man fairly, put him on the second line and hope that he and Hall can create some magic together. What other option is there, really? Charlie Coyle is too inconsistent to be a reliable 2nd line center and Craig Smith seems like more of the same. Thoughts, Bruins fans?

Oilers’ Tippett rips into players in profanity laced tirade during practice!
Subscibe to
Our NEWSLETTER
Receive the best articles of the web directly in your email