A man lays bloodied on the ice and Edwards is incredulous. C'mon Jack...

Published on Friday, April 9 2021 by HockeyFeed in NHL News 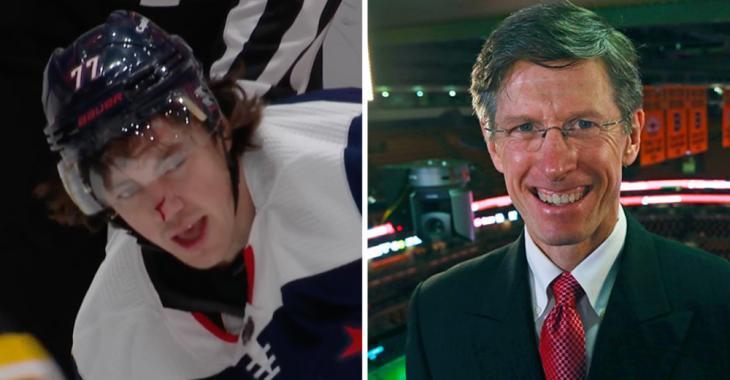 In case you missed it last night, the Boston Bruins managed to get past the Washington Capitals winning a hard fought game 4-2.

Midway through the game with the score 3-2 Bruins however, Capitals forward T.J. Oshie ended up getting dumped by a Bruins defender behind the play and had a stick come up in strike him in the face. Oshie laid on the ice bloodied while the Bruins rushed up ice, once the referee saw Oshie though he blew the play down, as the rulebook states. That's when NESN broadcaster and the biggest Bruins homer you'll ever meet Jack Edwards decided to go off.

You just KNOW that if the roles were reversed and it were the Capitals rushing up ice while Brad Marchand is laying bloodied on the ice that Edwards would have a different outlook on the situation. I'm all for calling it like it is and calling out guys for diving, but that's not the case here. Edwards is a clown, pure and simple.