Cassidy believes he would do more harm than good. 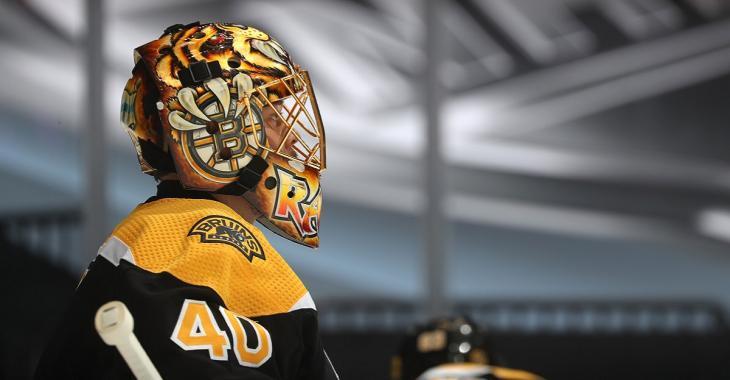 The Boston Bruins did not get the result they wanted in Game 1 and even suffered an injury that will force an adjustment to their lineup for Game 2, but one change they won't be making is a change in goal.

Over the weekend Bruins head coach Bruce Cassidy confirmed that he would once again be leaning on veteran goaltender Tuukka Rask for Game 2 of their first round series against Alex Ovechkin and the Washington Capitals, a move that has not been without criticism. The decision to stick with Rask has surprised some given just how strong rookie goaltender Jeremy Swayman has looked for the Bruins over a limited sample size this season, and on Monday Cassidy fielded questions on his decision to stick with Rask.

I don't want to read too much into what the coach was saying on Monday, but to me it largely sounded like Cassidy felt keeping his netminders confident and not pulling them for every little mistake was important for a lengthy run into the Stanley Cup Playoffs.

"We don't want to go to Tuukka and say, 'Hey, if you have a bad outing, you're out.' I don't think that help anybody right now," said Cassidy on Monday.

To be clear here Rask was by no means the deciding factor in Game 1, although he wasn't spectacular he did have a solid outing with a 2.78 goals against average and a .906 save percentage on the evening. That being said there is clearly a segment of the Bruins fan base itching to see Swayman, who many view as the goaltender of the future, get his shot in some of the most important games of the season.

The 22 year old former 4th round pick (111th overall) at the 2017 NHL Entry Draft only had 10 appearances for the Bruins this season but was outstanding over that stretch. Not only did Swayman pick up a pair of shutouts, but he finished those games with a 1.50 goals against average and an outstanding .945 save percentage.

I suspect if things continue to go sideways for the Bruins we will see Swayman at some point in this series, but it may not be anytime soon if Cassidy is to be taken at his word.

Carter Hart snaps after 6 - 1 loss to the Bruins.
Subscibe to
Our NEWSLETTER
Receive the best articles of the web directly in your email