NHL News : Bruce Cassidy confirms Bruins will get a big return in Game 1. 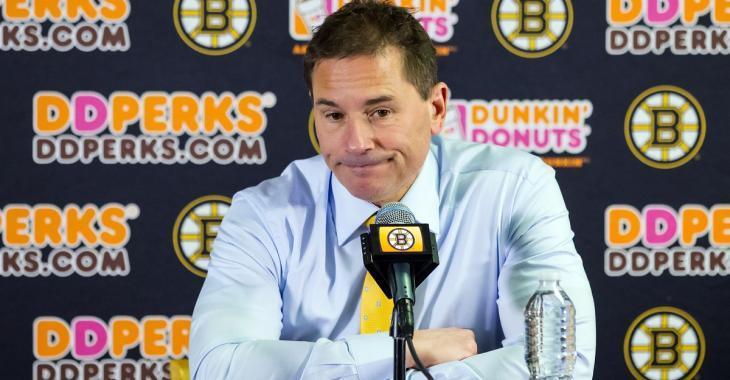 The Boston Bruins have taken quite a beating on the blue line already during their run in the 2021 Stanley Cup Playoffs and thankfully on Saturday they were finally able to share some good news on that front.

Bruins head coach Bruce Cassidy confirmed on Saturday that 24 year old defenseman Jeremy Lauzon would be returning to the lineup for Game 1 of their second round series against the New York Islanders. This is obviously huge news for a Bruins squad that is already without the services of players like Kevan Miller and Jakub Zboril, both who were also sidelined as a result of injuries.

Lauzon has been out of the lineup since Game 1 of the Bruins first round series against the Washington Capitals after he was struck in the hand by an errant shot during that game. There had been speculation that Lauzon could return at some point in the second round, as is also the case with Zboril, however getting him back immediately in this series will be big given that the Bruins are set to face off against a gritty Islanders team.

Cassidy did not confirm who Lauzon would replace in the lineup this evening although you have to believe that the man stepping out tonight will be Jarred Tinordi who will once again be a healthy scratch if that does indeed hold true. Tinordi has stepped in admirably on short notice given the litany of injuries the Bruins have suffered on the blue line, however it is clear that he is not Cassidy's first choice when it comes to the blue line even though he arguably brings a level of grit that isn't normally available to the team.

Disturbing new details in Matiss Kivlenieks' autopsy.
Subscibe to
Our NEWSLETTER
Receive the best articles of the web directly in your email