Unhappy with recent changes, the franchise legend walks away from his hockey operations position. 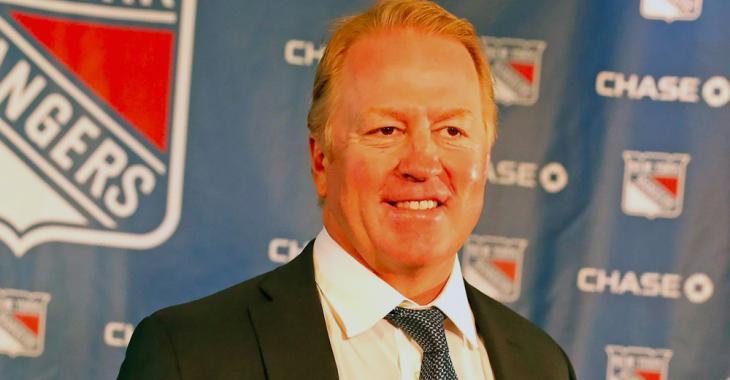 According to a report from New York Rangers insider Larry Brooks, franchise icon Brian Leetch has resigned from his hockey operations position with the team.

Leetch had been with the Rangers in this position since 2017. Brooks reports that newly appointed Rangers GM Chris Drury had asked Leetch to remain with the organization, but evidently Leetch was happy to move on following the decisions made by owner James Dolan this past week.

Dolan, of course, unceremoniously fired former president John Davidson and former GM Jeff Gorton before Drury dismissed head coach David Quinn earlier this week. Brooks reports that Leetch’s resignation comes as a direct result of the firing’s made in the past week.

Leetch, an11-time NHL All-Star, played 17 seasons with the Rangers from 1987 until 2004 and established franchise records in numerous categories, including career assists and single-seasons assists, as well as career goals, assists and points by a defenseman.

He’s a two time Norris Trophy winner as the NHL’s best defenceman, and won the Calder Trophy as the NHL’s top rookie in 1987-88. He became the first non-Canadian to win the Conn Smythe Trophy as playoff MVP when he and the Rangers won the Stanley Cup in 1994. He had his No. 2 jersey retired by the Rangers in 2008 and, at the time, made him the fifth player and first defenseman in franchise history to have his number hoisted into the rafters.