NHL News : Brian Burke provides an update on Sidney Crosby's surgery and his status heading into the season

The latest on the Pens captain straight from Burkie himself. 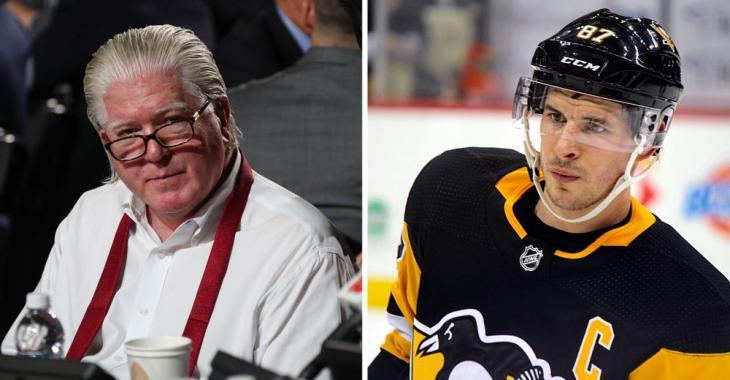 In case you missed the news last week the Pittsburgh Penguins announced that captain Sidney Crosby had undergone wrist surgery and will miss the start of training camp. He's expected to be sidelined for a minimum of six weeks.

From the Penguins' official press release:

The procedure to Crosby's left wrist was performed by Dr. Robert Hotchkiss of New York, in collaboration with team physician, Dr. Dharmesh Vyas of UPMC.

The 34-year-old center will miss the start of training camp and is expected to be sidelined for a minimum of six weeks.

"This is not a new injury for Sid. It is something that he has played through for years," said Penguins general manager Ron Hextall. "After exhausting all minimally-invasive options and much discussion, it was decided that surgery was in his best interest."

Earlier today Penguins President Brian Burke (that's still strange to write...) was on the Vancouver based Donnie & Dhali podcast where he updated Penguins fans on Crosby's status heading into an important season for the club.

In short, Burke said that Crosby has been battling this particular wrist injury for years and the surgery was done to correct the issue permanently.

Unfortunately it seems like this surgery was needed, but you have to wonder why the decision to do it wasn't done earlier? Now not only will Crosby miss training camp and the start of the 2021-22 NHL season, he'll also be recovering while playing. Had this decision been made months ago he could have spent the entire offseason getting back to full health.

Fight expected to erupt in this Stanley Cup final!
Subscibe to
Our NEWSLETTER
Receive the best articles of the web directly in your email