NHL News : Brian Burke names his pick for the most underrated player on a Canadian team. 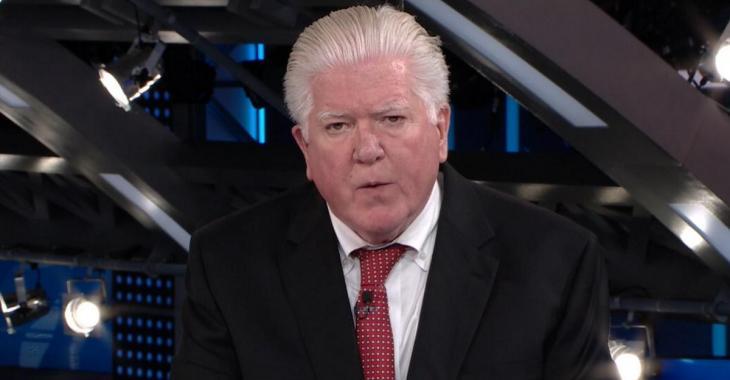 The North Division has been nothing short of amazing for Canadian hockey fans this seasons. Although this is purely anecdotal I have yet to hear a fan that hasn't been loving the heated rivalries between the Canadian teams and Canadian players.

One of the side effects of the North Division has also been an increased awareness for teams on the opposite side of the country from fans who would normally be focused either on teams in the East or Teams in the West. This increased visibility has also come with increased scrutiny from the Canadian media and on Sunday former Vancouver Canucks general manager, former Toronto Maple Leafs general manager and former Calgary Flames president of hockey operations Brian Burke was asked for his views on the North Division, specifically as it pertains to that division's most overlooked player.

Burke was asked to pick who he felt was the most underrated player on a Canadian NHL team, and although he could have picked someone from several of his former teams he opted to go with a forward from the Edmonton Oilers organization. Citing that the big names of Leon Draisaitl and Connor McDavid get all of the recognition in Edmonton, Burke selected Ryan Nugent Hopkins as his most underrated.

"For me it's Ryan Nugent Hopkins," said Burke on the NHL broadcast. "Ryan Nugent Hopkins never gets talked about in Edmonton because of Connor and Leon. He quietly puts together great seasons, he can make any line better, he can move up and down the lineup. I really like his game and no one ever talks about him unless they live in Edmonton."

It was an interesting pick from Burke, but it was not one given without any dissenting votes. Burke's co-panelist on the segment, former NHLer Anthony Stewart, picked Toronto Maple Leafs forward Zach Hyman. Fans in Toronto may not have liked what he had to say about Hyman deserving a raise however, given the Leafs cap situation.

"I'm going with Zach Hyman," said Stewart. "This is a player that he deserves his flowers just based on the hard work that he brings every single night. He drives the line. Whether he's playing on the first line, second line, or third line, he gets to the corner. 21 goals last year in 51 games, he's a guy that if you're not gonna give him his flowers at least give him his extension at $5 million per."

If you're in Toronto and you're worried about Hyman getting that big payday, Burke wasn't buying it.

"That's not gonna happen," said Burke with a laugh.

Carey Price may be exposed in the expansion draft.
Subscibe to
Our NEWSLETTER
Receive the best articles of the web directly in your email